The man was placed in jail for Armed Robbery of a Financial Institution.

No other suspects are being sought at this time.

The man in the photograph has been identified and is in custody. The investigation is still on-going.

THANK YOU to the citizens who called with information on the man.

On Tuesday, August 11, 2020 at approximately 8:45 AM a white male entered the Horicon Bank, 1535 West Paradise Drive and demanded money. The man in the photo below implied he had a firearm. The man fled the bank on a bicycle. 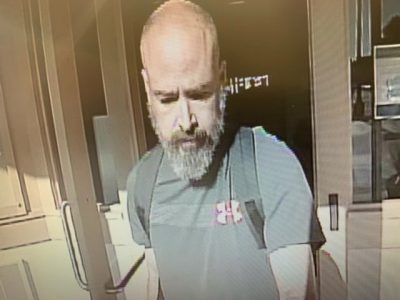 Photograph captured by the bank’s cameras.