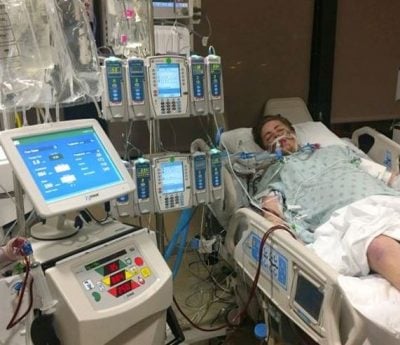 Feb. 15, 2018 – West Bend, WI – A special request from friends and family of Josh Petty of West Bend who is currently in the ICU at Froedtert Medical College of Wisconsin  in Milwaukee. Early reports had Petty on life support as he battles symptoms of the flu and now pneumonia.