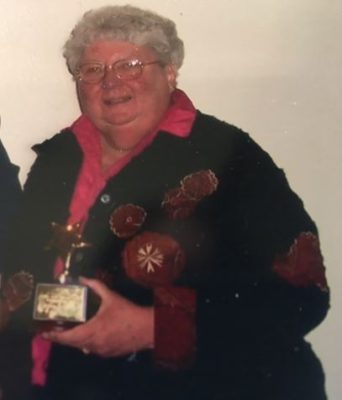 March 3, 2017 – West Bend, WI – One of the former managers of the Washington County Fair has died.

Joyce Albrecht served as the manager of the County Fair until her retirement in 1997.

Albrecht taught at Big Foot High School for two years and then became the Home Economist for the University of Wisconsin Extension Office in Washington County and served as the Washington County Fair Manager until her retirement in 1997.
Ann Marie Craig first got to know Joyce Albrecht through 4-H. “I did projects like baking, canning, and sewing along with other projects nearly every year of the 9 years I was in 4-H and she was always at the dress reviews,” said Craig.

“Joyce also worked behind the scenes with the home arts judges at the Fair. She is another icon that several generations of 4-Hers and others in her field will remember and miss.”

Agnes Wagner was with Washington County for 18 years.  Wagner and Albrecht were both extremely visible when the fair grounds were located in Slinger.  “Joyce was a great worker and a great friend,” said Wagner.

Albrecht was a regular guest on the “Neighbor to Neighbor” show on WBKV AM-1470 with Steve Siegel.

Judy Etta said Albrecht was a fixture with 4-H at the County Fair. “She was a dear person,” said Etta. “She was smart and witty and a good person even after she retired.” 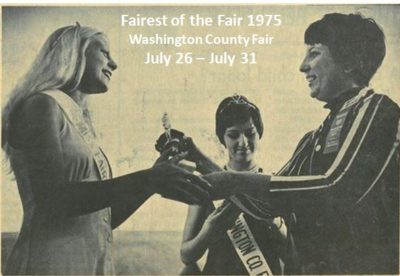 Albrecht, 74, died after a lingering illness on Feb. 28, 2017. She was the daughter of the late Gladys and Harvey Albrecht, born in Milwaukee on July 12, 1942. Joyce attended and graduated from Waukesha South High School in 1960. She continued her education at the University of Wisconsin Stout campus where she majored in Home Economics Education.

During her career, Joyce was very active in the State & National Home Economist Association. She was active in the Washington County Retired Educators, the West Bend Women’s Club and was an active member at Trinity Lutheran Church in West Bend. Joyce received many awards for life time achievements.

Joyce enjoyed basket weaving, quilting, needle work, chair caning, and having fun playing Bridge. She loved to travel and downhill ski. She had a large collection of kitchen aprons and enjoyed collecting vintage items. She also enjoyed entertaining and hosted many “Packer Dinners”. Joyce spent her “retirement weekends” at the log cabin she shared with her cousin, located on the Peshtigo River.

Joyce is survived by an aunt, Ora Hahs, Cumberland WI, numerous cousins, and many friends. Though Joyce never had children, she was very close and loved by the children of her beloved cousins. She is survived and will be missed by those children. Joyce was proud that she inspired one of her own goddaughters to pursue a career in Home Economics Education, now known as Family & Consumer Education.

Funeral Services will be held Sunday, March 5 at Trinity Lutheran Church, Seventh Avenue in West Bend, WI. Visitation to start at 1:00 pm followed by a memorial service at 2:00 pm. Burial will be held Monday, March 6 at 10:00 am at Emanuel Lutheran Church, 10627 W. Forest Home Ave., Hales Corners, 2 blocks east of Hwy. 100. Please assemble at the cemetery next to the church.

Memorials can be made to Cedar Bay East in West Bend, Trinity Lutheran Church, or a charity of your choice.

The family wishes to thank the caregivers at Cedar Bay East and the compassionate staff at Foedtert Hospital.

The Myrhum Patten Miller & Kietzer Funeral Homes have been entrusted with Joyce’s arrangements.