January 3, 2021 – West Bend, WI – Pete Rettler of West Bend wrapped up 2020 in record fashion as he completed his 27th year of running daily and raised double the amount intended for the Wisconsin 9-11 Memorial in Kewaskum. 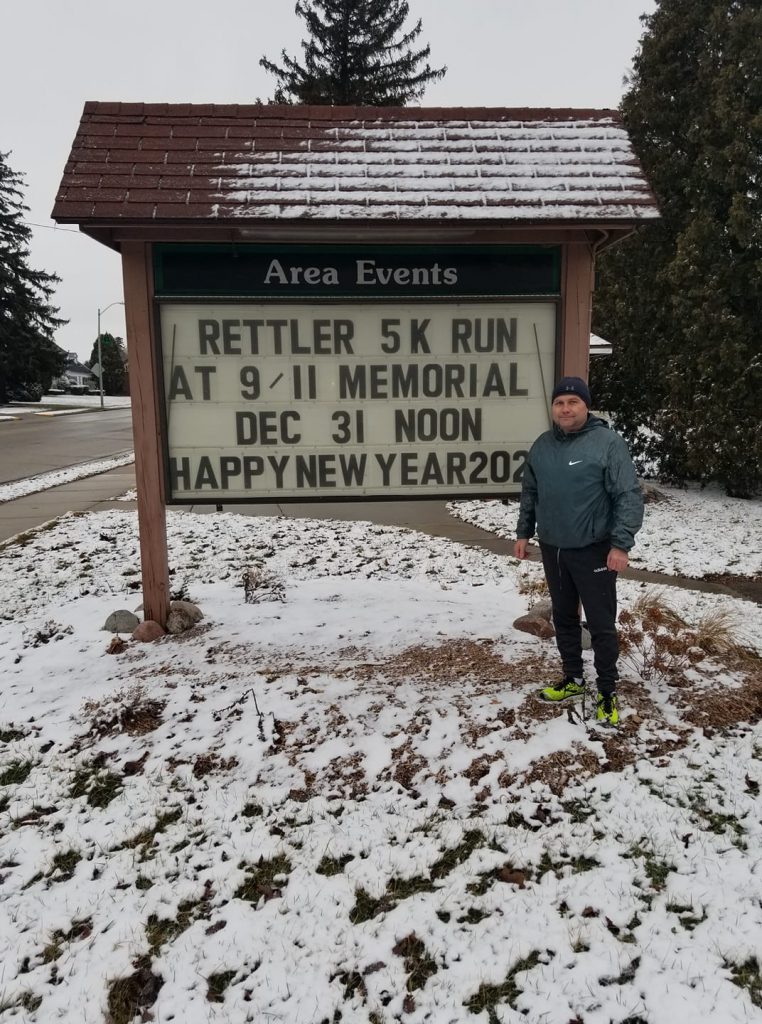 “I’ve been blown away by all the support,” said Rettler.

On New Year’s Day the newly minted grandfather pushed his 2-month-old granddaughter, Reagan, in a stroller 3.1 miles. To put a bow on the run Rettler also raised $4,700, far more than the $2,700 goal he set.

“We held a virtual event this year but I had 12 sponsors and we picked up $1,500 from 29 door prizes,” he said. “People were extremely generous and I received a lot of support from my colleagues at Moraine Park Technical College.”

Rettler’s running streak dates to January 1, 1994 and a bet made with a former wrestling teammate. The pair vowed to run daily for an entire year to return to their wrestling weight of 126 pounds. They both stayed true to their word and then Rettler took it to the next level and kept going – daily for 27 years.

Over that time, he has endured challenges such as kidney stones, a lightning storm and below freezing temperatures during Wisconsin winters.

While Rettler avoided contracting COVID he was tormented by a couple injuries. “It was a hard year because this summer I tore a hamstring while water skiing,” he said. “It was sore but I kept running and when I started feeling better it popped again.”

A regime of ice and heat, wrapping and moderate running and Rettler, at 56, bounced back.

On Friday morning, January 1, 2021 about 30 people gathered at the Annex in Kewaskum to take part in Rettler’s annual run. Rev. Pat Heppe blessed the event with several passages tied to running.

“I look at the world and God looked at all of us and said, ‘there’s great potential here’ so He sent His son Jesus and told us how to activate that potential,” said Heppe. “This is part of that too, activating the potential we have as human beings to make the world a better place and to go above any type of tragedy.

Gordon Haberman, one of the founders of the Wisconsin 9-11 Memorial, said a couple words thanking Rettler for his commitment.

“I did a rough calculation and today would be the 9,855th day that Pete has put on his running shoes and braved the elements to keep his streak going,” said Haberman. “That’s amazing. This marks the second anniversary Pete has designated the Wisconsin 9-11 Memorial as the recipient of donations from his run.” 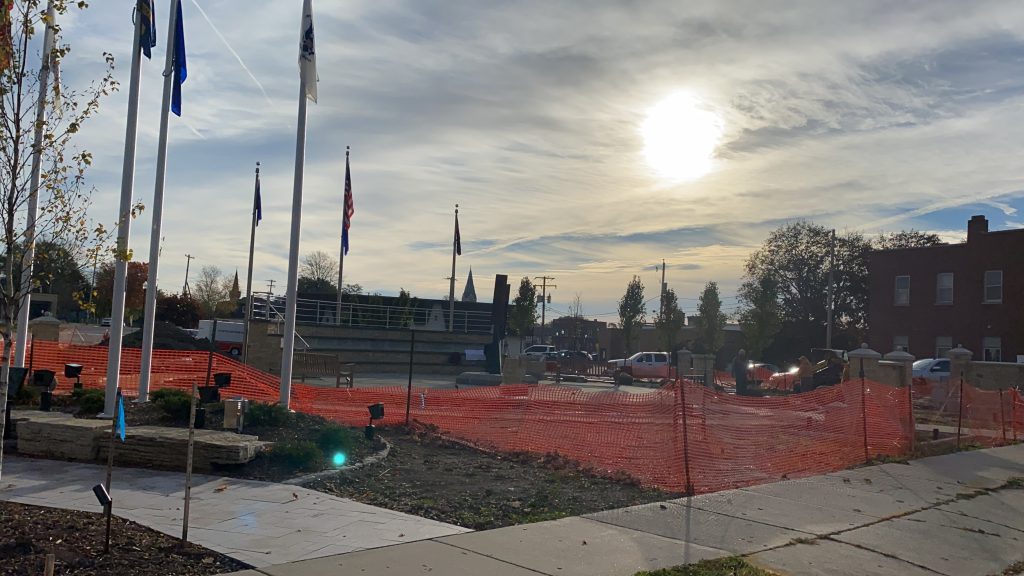 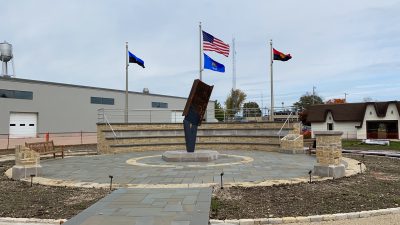 Haberman said it is expected construction of the Wisconsin 9-11 Memorial will be completed in mid-2021.

A preview of Rettler’s run was also featured on Fox 6. Click HERE to watch.