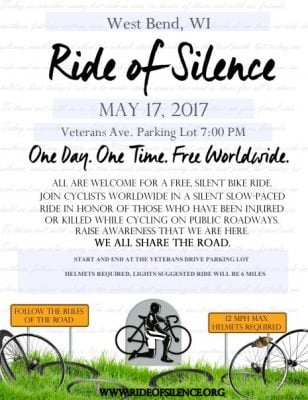 May 17, 2017 – West Bend, WI –  The annual Ride of Silence is tonight, Wednesday, May 17, starting in the parking lot just south of the Museum of Wisconsin Art. 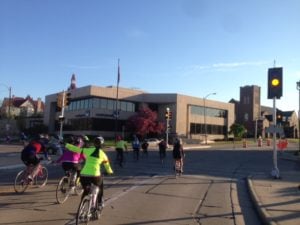 The history behind the ride dates to 2003 when Chris Phelan organized the first Ride of Silence in Dallas after endurance cyclist Larry Schwartz was hit by the mirror of a passing bus and was killed.