September 20, 2019 – Slinger, WI – For the 141st time the Rosenheimer family will gather annually in Slinger this weekend to celebrate history and heritage. 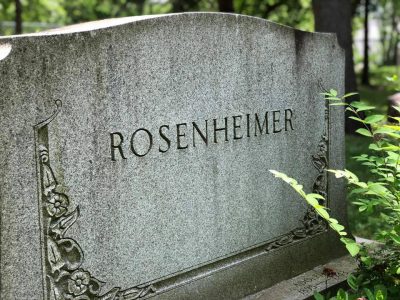 Lay Rosenheimer of West Bend is fifth generation to Lehman Rosenheimer, a 20 year old who emigrated to the U.S. arriving at Ellis Island in 1840.

“He left his family to find a new life in America,” said Lay.

Lehman, the patriarch of the Rosenheimer family left Germany with $200 in his pocket. He started working in New York and then gravitated to the Midwest. Over the years he ran a successful saloon, met his wife, struggled as a farmer and then, following the development of the stagecoach and railroad, Lehman became a successful merchant. 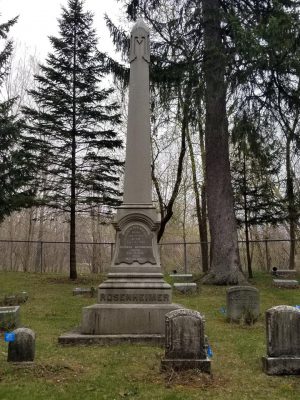 According to a book on the history of Schleisingerville, Lehman “earned the title Merchant Prince of Washington County.”

Not only did Lehman grow a series of businesses he also grew a large family of 11 children.

“However, two of his children died in infancy and that’s how the Rosenheimer Cemetery started,” said Lay.

The children of Lehman and his wife Barbara were first buried in the cemetery. Lehman, 58, joined them Sept. 21, 1878.

“What comes out in his history is the importance of family,” said Lay. “Of all the immigrants that came from Germany, Lehman thought of buying land for a cemetery to keep the family together. That was unique.”

To this day there are only 4-5 private, family cemeteries in the state.

“Lehman died at 58 and it was important to him to keep his family together into eternity and that’s what led to this cemetery,” said Lay.

“I’m very proud of the heritage and the history and what my ancestor did.”