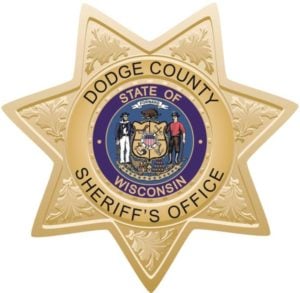 On Nov. 28, 2016 at 1 p.m., the Dodge County Sheriff responded to a motor vehicle crash on State Highway 73 north of County Highway FW in the Town of Calamus, Dodge County, Wisconsin.

Preliminary investigation showed that William J. Mason, 59, from Stevens Point was operating a 2007 International semi-tractor with box trailer south on State Highway 73, approaching a curve in the roadway to the left/east.

The semi drove onto the right/west gravel shoulder, and then began sliding in a counter-clockwise direction as it came back onto the highway.

The tractor/trailer rolled onto its right/passenger side and slid south on State Highway 73.

The tractor/trailer came to rest facing in an easterly direction, entirely blocking both lanes of Sth 73 for almost 3 ½ hours while the scene was being cleared.  The trailer contained appliances and did not contain any hazardous materials.

Mason suffered minor injuries in the crash and was transported to Beaver Dam Hospital by Randolph EMS.