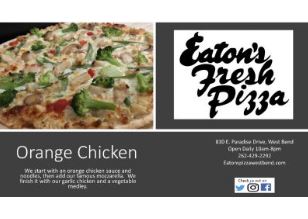 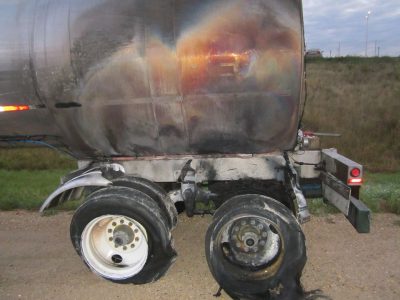 Oct. 16, 2017 – Allenton, WI – Flagged about this around 6:30 a.m. by Allenton volunteer firefighter and ace reporter Ron Naab. Below is the update from Washington County Sheriff’s Department.

The Allenton Fire Department and the Washington County Sheriff’s Office responded to a semi-tanker trailer on fire this Monday morning at 5:10 a.m. on I41 near STH 33.

The driver of the semi, a 54-year-old Saginaw Michigan man, observed a “bright flash” and then flames coming from the rear trailer tires.

The driver pulled over and attempted to extinguish the flames but was unable to do so.

Allenton Fire Department arrived and extinguished the fire. It was determined the tanker was filled with wax.

Portions of I41 were closed for approximately 1.5 hours to facilitate fire department and clean-up operations.