January 3, 2020 – Madison, WI – State Senator Duey Stroebel who represents the citizens of Ozaukee, Washington, Sheboygan, Fond Du Lac, and Calumet counties has issued a statement in connection with the Wisconsin Election Commission which continues to ignore state law, and a judicial order, by refusing to update voter rolls.

Stroebel said the fact Democratic members of the Elections Commission are “disobeying a judicial order is troubling for anyone concerned with elections in our state.” 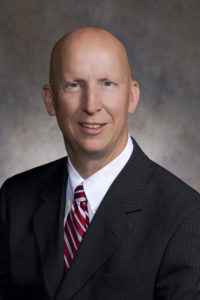 Senator Stroebel made the following statement in reaction to the Election Commission’s refusal to follow Judge Malloy’s Order:

“My constituents expect fair and transparent elections and disregarding state law and a judicial order undermine those expectations.”

Wisconsin continues to have same day voter registration.  This means any citizen who is eligible to vote can register to vote almost any day between now until Election Day, whether they have moved or are voting for the first time.

The Wisconsin Institute for Law and Liberty filed a motion in Ozaukee County Court on Thursday. Click HERE to read more.