April 6, 2019 – Slinger, WI – Sam Mountjoy, of Slinger, has turned his hobby of making maple syrup into a small side-business this year and the first $500 he made was given to the Slinger Food Pantry last week.

“Until this year it was a hobby, and still is really, but I was only making about five gallons a year,” he said.  “Most was given away to family and friends.” 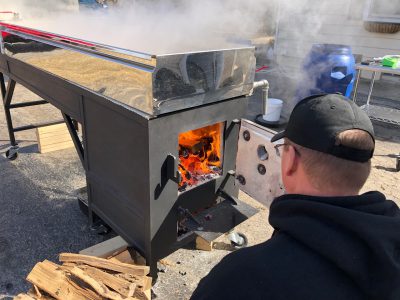 Mountjoy became interested in syrup making when he noticed a friend’s father making it up north.  He immediately started researching the craft.

Last year, Mountjoy, 42, only had eight taps for production, but this year he had 155.  His style of boiling the sap, his storage capacities, and overall operation needed to be drastically changed in order to produce the 30-gallons he hoped to create.

“I did a lot of research and knew I couldn’t justify spending money on commercially-built units and an osmosis system, so I decided to design my own,” he said.  “Once designed, my friend Jason Peeso, helped fabricate the evaporator I used this season.  It really turned out great and has helped my production abilities immensely.” 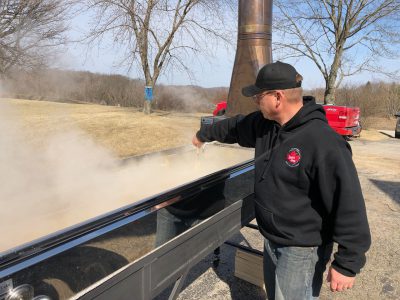 “I was always outside working on the lawn or cutting firewood,” he said.  “Jason was giving me a hard time one day and called me Farmer Iggie as a joke and the name kinda stuck.”

Mountjoy chose the Slinger Food Pantry for the donation because a few years ago his father was given food by the pantry when he was dealing with cancer.  He eventually passed away from the disease.

The $500 donation came to be when he posted on FACEBOOK that he would be taking offers for three pints of maple syrup and would take the money from the highest bidder and donate it to the pantry. 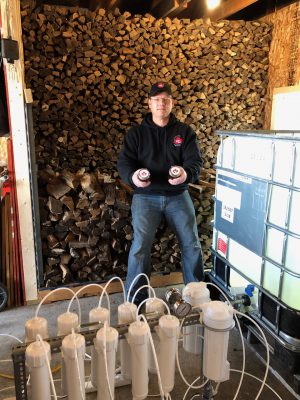 “I really don’t do it for the money at all,” he said.  “I just like being outside and working on it and hanging out with my helper, my youngest son Lincoln. Having built the equipment from the ground up even makes it more rewarding. 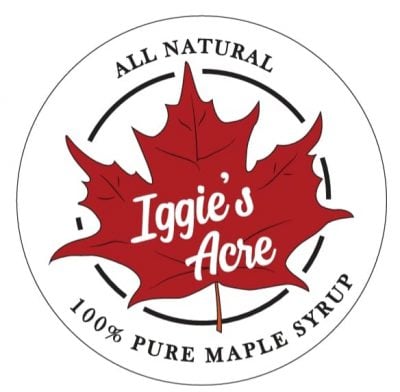 Mountjoy does not have a website for purchasing product but he can be contacted on the Iggie’s Acre Facebook page. 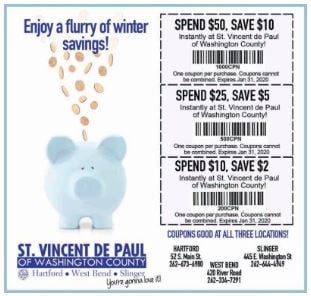 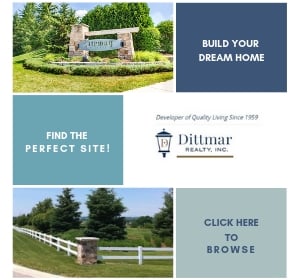 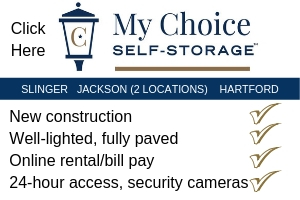