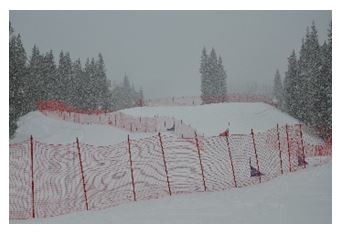 April 4, 2017 – West Bend, WI – Boardercross is a unique event where you start the race as an individual in your own time trial.  Those time trials are turned into brackets where they take four athlete scores, at different levels, and put them in the gate together.  You compete down the course side by side.

The brackets get smaller as they take only the top 2 in those following races.  It’s process of elimination until finals. It’s a long course with lots of turns, rollers and jumps. 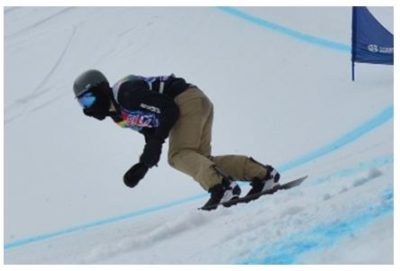 Cole Rummel had a great day on the course and made it to quarter finals.

In his age bracket of 70 competitors, Cole finished in 11th place.

Conditions were awesome after a short snow globe storm blew through.  Because Cole is competing in both race and park events, he doesn’t have time to rest.

Boards are being waxed as he competes in half-pipe and rail jam.  Congrats Cole on a good race day.

For me, Hunter Zaskowski, I didn’t place where I had hoped on Monday.  I had a rough time trial, but recovered in my second qualifying race taking 1st so I made it to the next round. 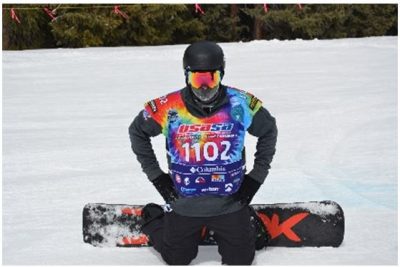 I was feeling confident going into my next heat and while I was coming in to pass the rider in 2nd he fell in front of the line I was taking.

Unfortunately, at this rate of speed, I could not clear him and went down along with the racer behind me.

It’s disappointing but fortunate no injuries came out of it.

BX has a great amount of skill but your gate placement, the line you take, and then another riders error can create your outcome even if you feel in control.

That’s just how the cards played for me and the risks that comes with BX.  Wednesday is a new day, new race, and looking forward to Giant Slalom.

We appreciate all of the support from our family, friends and community.