The couple inked a lease-to-buy agreement with Steve Kearns in April. On July 1 M Six paid $1.3 million for the station on the corner of Roosevelt Drive and Main Street. 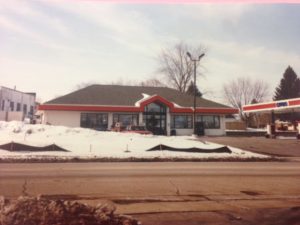 This is what the station looked like when it was Citgo

The couple have been laying a foundation for their Mad Max gas stations in West Bend.