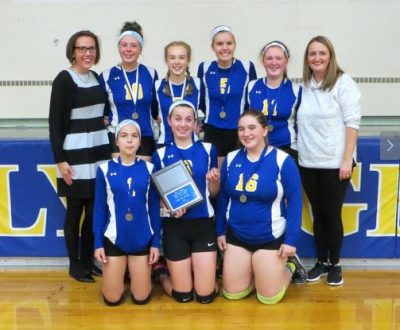 Oct. 31, 2017 – West Bend, WI – The fall sports season came to an end for the Holy Angels volleyball teams with the 21st annual Holy Angels Volleyball Classic. Holy Angels was well-represented in the awards matches in the final round.

Both Holy Angels 8th grade teams won their first round match to move into the championship bracket. In the second round, HA-Blue faced a resilient St. Joseph team in a match that went into a third game. HA took an early lead but ended on the short side of a 17-16 score in the deciding game. HA-White defeated St. Monica/St. Eugene 2-0 to claim a spot in Saturday’s championship match. 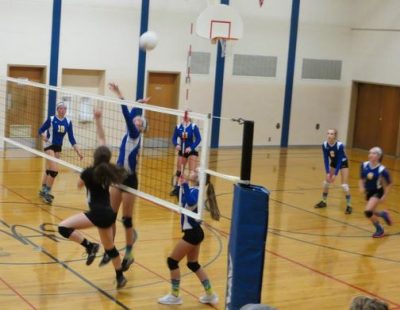 HA-White captured the championship with a three game victory over St. Joseph, while HA-Blue claimed third place with a win over St. Monica/St. Eugene.

Players, coaches and volunteers were recognized at the Fall Sports Pot Luck Supper on Oct. 30 as families gathered in the Walnut Room to share a meal and memories of the volleyball season.