April 24, 2017 – Town of Polk, WI – Reserved seating go on sale today at 10 a.m. for the headliners on the Silver Lining Amphitheater at the 2017 Washington County Fair.

VIP tickets for all three days go on sale on Monday, April 24 and can be purchased online at www.wcfairpark.com or at the Fair Park Office Monday-Friday between 8 a.m. and 5 p.m.

Ticket prices range from $20-$30 and include admission to the Fair. 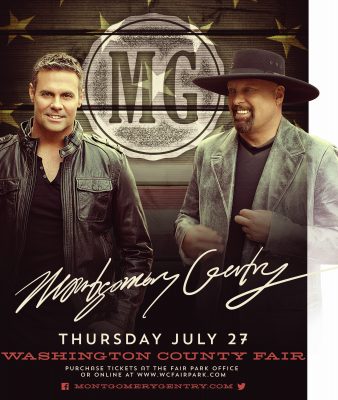 Kicking off the lineup on Thursday, July 27, will be MONTGOMERY GENTRY, one of the most identifiable duos in the history of country music—as much for their outlaw-meets-gentleman sensibilities, their yin and yang personalities and their intensely energetic live performances as that balance of voices that gives their brand of country an edge or their version of Southern rock a softer place to fall. This chemistry has been reacting for over 15 years. After nearly a decade and a half, Montgomery Gentry continues to draw door-busting crowds into their concerts and release albums that stay true to the Kentucky country music movement they helped define. 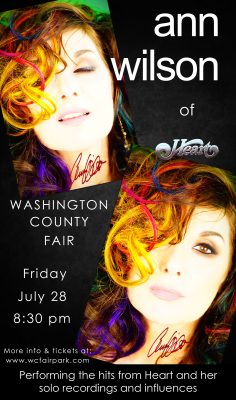 Friday, July 28 will feature ANN WILSON OF HEART, the next step of Ann’s journey. The step that puts it all together. The present meets the past and joins the timeless. All of the songs that make up the essence of Ann Wilson will be on display; Heart songs, songs from Ann’s solo projects, and songs that have influenced and inspired Ann throughout her life. The show, like the woman herself, will know no bounds, Joined – not backed – by a band of true artists. What will fans experience at these shows? “People can expect the unexpected in 2017,” Ann says. “A beautiful, classy set with an elegant, artistic production…The music will be a mix of songs that have powered my life; iconic soul stirring covers, songs from my years of solo work and the unforgettable songs of Heart.” 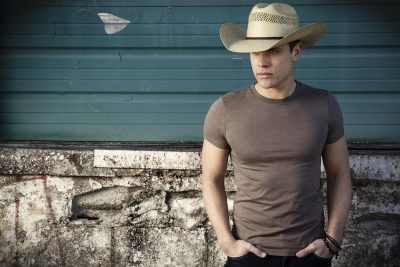 Taking the stage on Saturday, July 29 will be country recording artist DUSTIN LYNCH. He occupies a unique place in today’s country music. Thanks to his classic sensibilities, he’s been heralded as the heir to George Strait’s throne. Yet with one listen to his newest hit, “Where It’s At,” it’s obvious the young Tennessean knows how to combine traditional influences with an edgy intensity that places him at the vanguard of today’s contemporary country scene. His self-titled Broken Bow Records debut hit No. 1 on Billboard’s Top Country Albums chart and the lead single, “Cowboys and Angels,” exceeded platinum sales status while earning Lynch a legion of devoted fans.