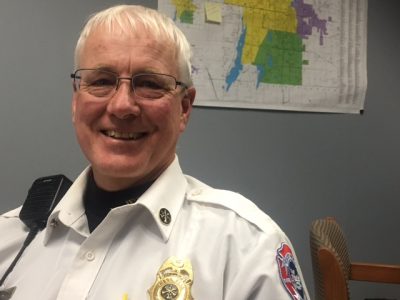 June 4, 2017 – West Bend, WI – During Monday’s West Bend Common Council meeting there will be a resolution honoring Todd VanLangen for 25 years of service with the West Bend Fire Department.

A portion of the resolution will read: Where as Todd VanLangen began his career with the city of West Bend Fire Department as a firefighter on June 18, 1992.

He was promoted to lieutenant training officer on June 6, 1997 and again promoted to battalion chief on January 13, 2000.

Where as Todd VanLangen, during his his tenure, oversaw the upgrade of the department level of emergency medical care to the paramedic level, implemented the Paramedic Intercept Program and championed the community paramedics and program.

And where as Todd VanLangen retired May 20, 2017 after 25 years of service with the city of West Bend as a valued member of the fire department.

Please wish Mr. VanLangen well and thank him for his years of dedicated service.