October 18, 2019 – Washington Co., WI – The Washington County Sheriff’s Office K9 unit arrested a 35-year-old Kewaskum man along with a 35-year-old Lomira woman on felony drug charges after a traffic stop was conducted on USH 45 at Western Avenue in the Town of Polk on Sunday, October 6 at around 5 p.m.

The vehicle was stopped after the deputy observed the registration plate on the car and realized that the registered owner had a warrant out for his arrest. Upon making the traffic stop the deputy realized that both occupants had active warrants out for them and they were taken into custody. 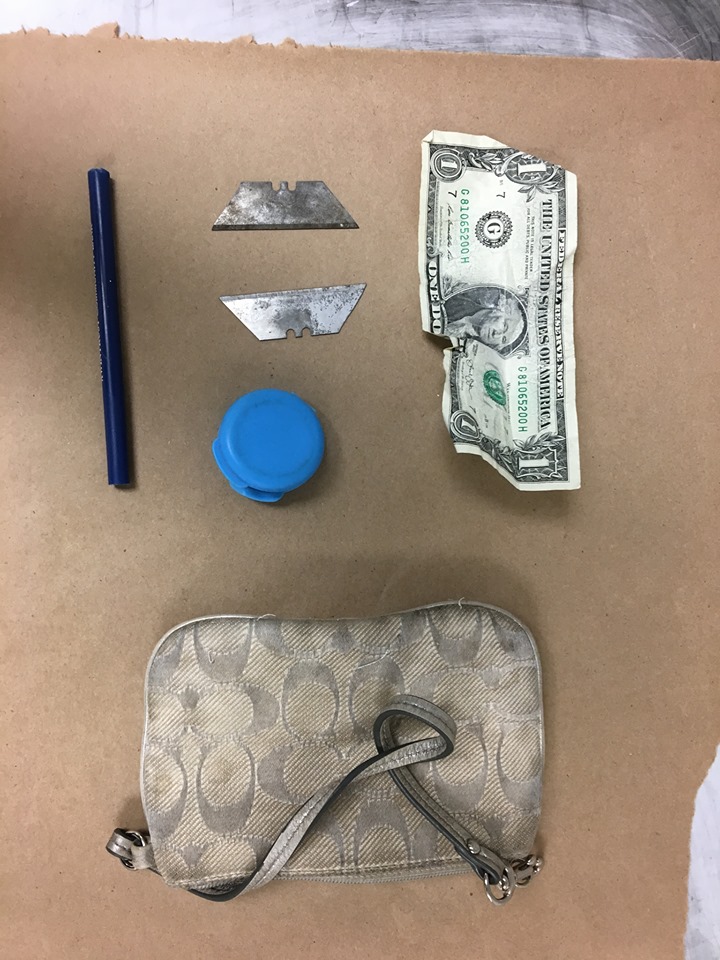 At this point, the Washington County Sheriff’s Office K9 “Ryker” was deployed and alerted on the vehicle’s front passenger door. A search of that area revealed a scale with a white powder on it. The deputy located a bag with children’s toys, clothes and snacks. A purse was located inside the children’s bag with razor blades, fentanyl residue as well as other paraphernalia. Another container with a white powder residue was located concealed inside of a children’s toy purse. Several other items of paraphernalia as well as marijuana were located inside the car.

Both individuals were transported to the Washington County Jail. Corrections officers observed the female walking in a suspicious manner after the female had already been strip searched. She denied having any contraband concealed on her. The corrections staff recognized that something was not right and subsequently put the suspect through the body scanner which revealed that drugs were concealed inside of her along with an earring.

A piece of fentanyl was recovered. Fentanyl is a synthetic opioid that is 50-100 times stronger than heroin.

The Washington County Sheriff’s Office purchased the body scanner in 2019. This scanner works similar to the scanners utilized in airports all across the country. This enables staff to scan inmates and greatly reduce the amount of contraband that is brought into Washington County’s jail facility. The scanner has been fully operational since April. Jail staff has conducted over 7,400 body scans.

Sheriff Martin Schulteis, “This is great example of the patrol and jail divisions working together with the tools they are provided to combat the opioid epidemic right here in Washington County.

Keeping contraband out of the jail, especially dangerous drugs such as fentanyl is a top priority of our agency. The smallest amount of this substance can have lethal consequences to inmates and staff. We are appreciative of our staff’s outstanding work in this case. From conducting the traffic stop and locating dangerous drugs in and around where a child could be present to the corrections staff whose observations and persistence prevented a deadly substance from getting into the facility.”

Both parties are now facing felony drug charges in Washington County Circuit Court. Although the child was not present at the time of the arrests the case was forwarded to child protective services.