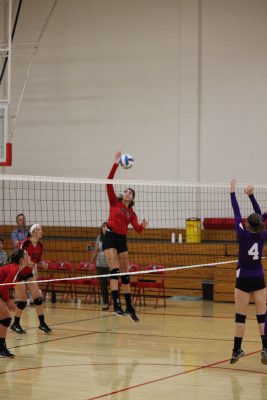 The win guarantees UW-WC a share of the Eastern Divisional Title along with UW-Fond du Lac and UW-Marinette.

“The team played intense and were focus during the entire match,” said coach Deb Butschlick.  “We knew the team needed to play their game with concentration and passion.”

Meghan MacFarlane led the team with 15 kills out of 29 attempts, 28 digs and 6 blocks

Kayla Schommer had 41 assists for kills, 2 ace serves and 2 blocks