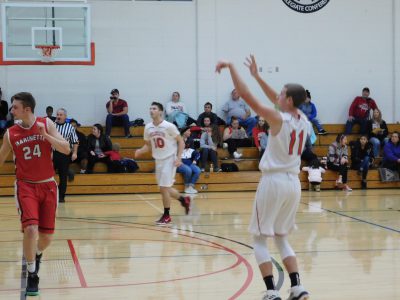 The Buccaneers jumped out to a 11-4 lead early in the game.

UWWC battled throughout the half, but went into the locker room trailing 39-27. The Wildcats struggled offensively with 20 first half turnovers and shot 36% from the field. The Buccaneers shot 46% from the field and 46% from three.

UWWC came out with more energy in the second half and quickly used a 7-0 run ton start the half. After a quick timeout, the Buccaneers responded with a run of their own, and they seized control for the rest of the game.

The Wildcats fought hard, but could not overcome the deficit.

David Britton lead the Wildcats with 24 points, 11 rebounds and 2 steals.

UWWC plays next on Monday, Nov. 19 at home against UW-Sheboygan.