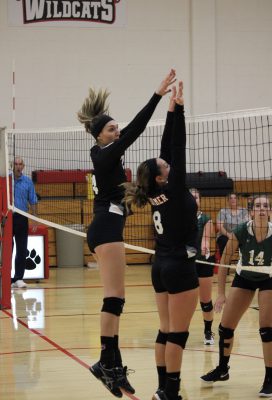 Oct. 14, 2018 – Washington Co., WI – The Wildcats volleyball team from UWM at Washington County traveled to UWM at Waukesha to play take on the Cougars.

In the beginning of the first set, it seemed to be a pretty even match as the two teams were neck and neck, but the Wildcats were able to pull through with some hard work to win it.

The Cougars were a little worn out in the second set while Washington County continued hammering their serves.

In the third set, Waukesha started to pull itself together to make it another more even fight. However, the Wildcats took over quickly to show who would be the undefeated in the conference.

The next home match is Monday, Oct. 15 at 6:30 p.m. against UW-Whitewater at Rock County