November 11, 2019 – West Bend, WI – On this Veterans Day a welcome note to post a photo and story of the veteran in your life. 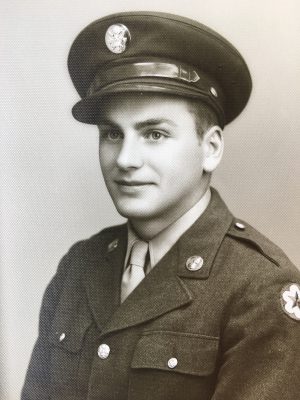 Below is the story written by my nephew Rob Gueldner about my father and his grandpa Al Steffes. Rob was in grade school at the time. This was part of a class project.

My grandpa was drafted at the age of 21.  He could have gotten a deferment because he was a farmer.  When he got the draft papers he hid them until it was too late to get a deferment, because he knew his parents wanted him to take over the farm because he was the last son living on the farm.  He did not want to be a farmer for the rest of his life.  While he was in Osaka, Japan, during World War II he experienced a small earthquake.  He worked as a truck mechanic.

After he had served in the military for two years, he attended Marquette University on the GI Bill.  He worked all through college, and had an internship during his senior year at L.M. Berry and Co.  Then he ended up working there his whole career.

Below is my mother’s father, Monroe Johnson who served in WWI. 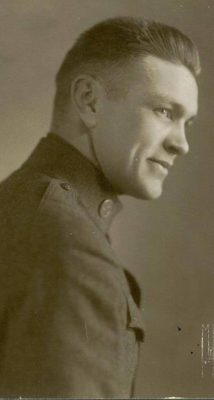