September 7, 2019 – Washington Co., WI – There was a special ceremony at Mitchell International Airport today as 16 veterans from Washington County took part in the 53rd Stars and Stripes Honor Flight.

Korean War Army veteran Anthony Roskopf of Germantown was recognized as the 7,000 veteran to fly on the Stars & Stripes Honor Flight out of Milwaukee. 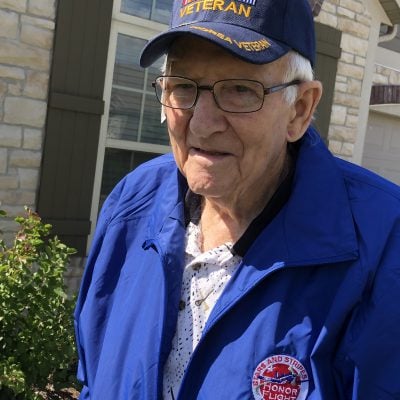 Roskopf was drafted in 1953 when he was 23 years old. “I worked on a farm at the time in Menomonee Falls,” he said. “The farm is right where COSCO is today.”

Roskopf went to Fort Leonard Wood Missouri for basic training. In July, rather than being shipped to Korea, Roskopf was ordered to go to advanced radar repair school at Aberdeen Proving Ground in Maryland. “While we were there a hurricane came into Chesapeake Bay and tore up the whole base and tipped our trailer over,” said Roskopf.

Roskopf then was stationed in Fort Bliss, Texas however he worked mainly in White Sands, New Mexico. “We worked with a lot of highly classified material,” he said. 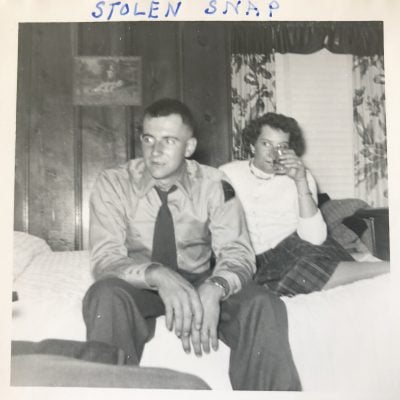 Other Washington County veterans on today’s Honor Flight include:

Two Allegiant Airlines A320 aircraft will leave Milwaukee’s Mitchell Airport at approximately 7 a.m. on flight day, bound for Baltimore Washington International Airport with 169 local veterans (and their guardians) on board.  On that day, Stars and Stripes Honor Flight will welcome 9 WWII veterans, 43 Korean War veterans, and 117 veterans of the Vietnam War.

Veterans who will be taking their Honor Flight on September 7 include a 99-year-old WWII submariner, a crew chief on a Huey helicopter, a member of the 101st Airborne “Screaming Eagles” in Vietnam, and a 93-year-old female WWII Navy veteran who was an aide to Admiral Richard Byrd, the Medal of Honor recipient and famed polar explorer.

The flight is sponsored by Sendik’s, a long-time supporter of Stars and Stripes Honor Flight, whose customers made a huge donation toward the cost of the flight.  “We would like to thank our dedicated Sendik’s associates and generous Sendik’s customers who helped to make this donation possible to give 169 local veterans a day of thanks and recognition.  As always, we are inspired by the dedication of so many to honor the service of our local veterans,” said Margaret Harris, family co-owner of Sendik’s Food Markets.

After the planes land in Baltimore on flight day, the veterans will board coach buses to tour Washington DC’s WWII Memorial, the Korean War Memorial, the Air Force Memorial, the Vietnam Veterans Memorial Wall, and more. The day will also include viewing the Changing of the Guard at the Tomb of the Unknown Soldier at Arlington National Cemetery.  A DC Park Police escort will ensure that the veterans do not spend time stuck in traffic.

“What an honor it is to celebrate such an incredible group of heroes,” said Paula Nelson, president of Stars and Stripes Honor Flight. “Our veterans will join us from all over southeastern Wisconsin for this trip of a lifetime.

So many of our oldest veterans came home many years ago without a true homecoming. We look forward to welcoming them home the way they should have been welcomed home decades ago, and we are so grateful to our volunteers, our sponsors like Sendik’s, and our community for their support of our veterans and our mission.”