October 2, 2019 – West Bend, WI – In September, Horicon Bank on Paradise Drive in West Bend hosted its annual SHRED Day. While the event was free any donations collected would go to the Stars & Stripes Honor Flight.

This week Horicon Bank presented a check for $4,000 to the Honor Flight. The ceremony was attended by several local veterans including John Fink, Tom Landvatter and Nick Habersetzer. Amy Luft from the Honor Flight accepted the donation.

“This is such a great partnership we have with Horicon Bank,” said Luft.

“It was just remarkable that day and just amazing to see everyone come together that day and make such phenomenal donations,” she said.

Also special, according to Hetebrueg, was how the public interacted with the veterans on site and showed them such warmth and appreciation. 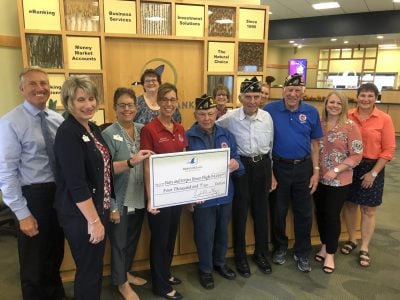 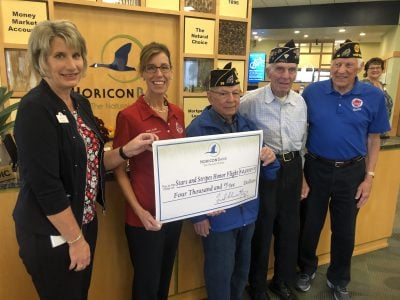