One of the residents in the home, James Hess, said he was awakened by his neighbor pounding on his door telling him his kitchen was on fire.

“I went and checked and my kitchen wasn’t on fire but there was smoke coming out of my attic,” said Hess.

There were three people who lived in the home including Hess, his wife and son and three cats. Two people also lived in the lower level, along with their cats.

“Everything was a blur but the smoke is in the attic area,” Hess said. 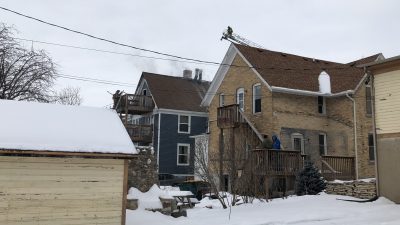 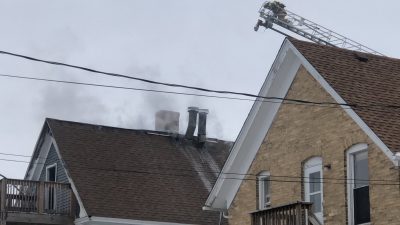 Neighbors said around 9 a.m. you could see flames coming out the top of the home.

West Bend police on scene said nobody was injured and everybody got out safe, including the cats.

UPDATE: The cause of the fire is under investigation but Battalion Chief John Spartz said a preliminary investigation shows the fire started behind the wall in the bathroom so it was possibly electrical in nature; nothing suspicious. The amount of damage has yet to be determined.