Nov. 24, 2018 – West Bend, WI – Dan Leonard from Jackson recently spoke before the West Bend School Board about its spending and plans for a referendum in Jackson.

The meat and potatoes of the actual moving of the elementary school. I received the reports and went over them and it all makes sense to me but what I didn’t get to last time I’m not trying to limit the scope of upgrading the elementary school I’m here to help. There’s a lot of ‘what if’s’ surrounding everything that’s gone on at Jackson Elementary but going over things that were done in the past is not productive in this case.

A few examples anyway would be the roof. There are so many variations of age, during any of the remodels why wasn’t the whole roof handled? Similar issues in plumbing and HVAC, not to mention the American’s with Disabilities Act which was made in 1990 if I’m not mistaken. There’s been quite a few remodels since then and even road construction. Why weren’t some of those issues fixed long ago?

But we must look at what is now and what is it’s on prime land with great potential. Ease of doing the project where it is ie. no buying land.

On a side note what is the board even considering this option for? From what I heard last meeting your spending is exceeding your revenue. We can blame all day but the bottom line is if revenue goes down spending must go down.

If I ran my business how the school district can run I’d be out of business.  That’s unacceptable in itself.

The main point is the Jackson Police and Fire and the Public Safety Building, is that land we’re discussing and you guys buying and that leaves Jackson to figure out where to put their Public Safety Building and there’s not much options for Jackson other than on the outskirts of town and then that neglects the whole other half of town for response time, possible home owners insurance increases for that half of town, etc.

My good question would be what happens to the current land. The current land has a lot more potential and value than the farm/swamp land the proposed site is on.

Does the district see dollar signs going to sell the better, more-valuable land to a developer and moving the school to a less desirable location all while blowing Jackson off and making them figure out a new place for the Public Safety Building.

There isn’t many options for Jackson and the other side would be the never-ending taxes.

I understand the need to upgrade and no qualms there, I’m all for that,  but the land that it is on has great potential.

I’ve lived and traveled in Jackson and even during school outage that’s not a bad area, it’s bad for the kids crossing the street and all that but it’s not a busy street other than for the people that live there and moving it to the opposite corner isn’t going to change anything.

My main thing is Jackson needs an upgraded Public Safety Building and their waiting on you guys to figure all this out  and it just seems silly that you’re choosing the more difficult route to … you know you have to spend more money and it’s a lot more headaches and there are houses in between all the land that the school district wants but it just seems silly when the land where it’s at would be best fit.”

On Monday, Nov. 26 the West Bend School Board will hold three meetings. Agenda items include a proposed April 2019 referendum, land purchase in Jackson.

The second meeting Nov. 26 is in the Education Service Center, 735 S. Main Street, West Bend 6:15 pm, Board Room Meeting of Electors  The meeting is open to the public. 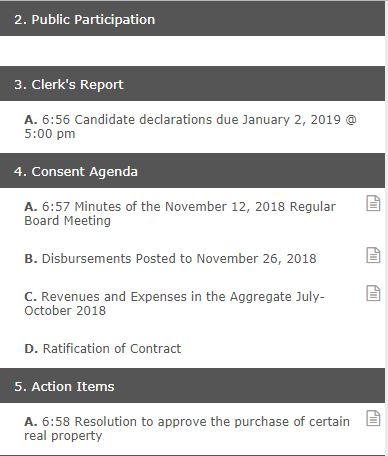 I move to approve the resolution authorizing the purchase of real property located at W204 N16722 and W204 N16690 Jackson Drive, Jackson, Wisconsin for a total purchase price not to exceed $750,000.

-The West Bend School District owes about $130 million on current referendum debt. That debt is slated to be paid off in 2028.