October 18, 2019 – West Bend, WI – Shepherd of the Hills Church was packed this week as neighbors attended a public information meeting on the Villa Park landfill. AECOM from Milwaukee is the company that has been monitoring the landfill the past 20+ years.

Hydrogeologist Leo Linnemanstons with AECOM, spoke extensively at the meeting on Wednesday night. He said they are monitoring a plume and it’s position from the landfill.

The plume is Trichloroethylene (TCE) which has been found in the air and in the groundwater in Villa Park. TCE was used by factories to clean metal and it was in paint.  TCE, according to Linnemanstons migrates via ground water and can “gas off.”  It can enter a house, very similar to radon.

Linnemanstons said it all depends on the flow of the plume, depth of groundwater, how close it gets to the surface, and soil conditions.

AECOM is going to monitor air in Villa Park neighborhood homes to find the pattern of where they need to concentrate their efforts.

Below is a map of the Villa Park neighborhood with Schuster Drive to the north, Villa Park Drive to the east, the landfill is surrounded by the pink line, Highway 33 is to the south. The concentrated areas of TCE are around Stanford Lane, Shepherds Drive and Mediterranean Avenue. 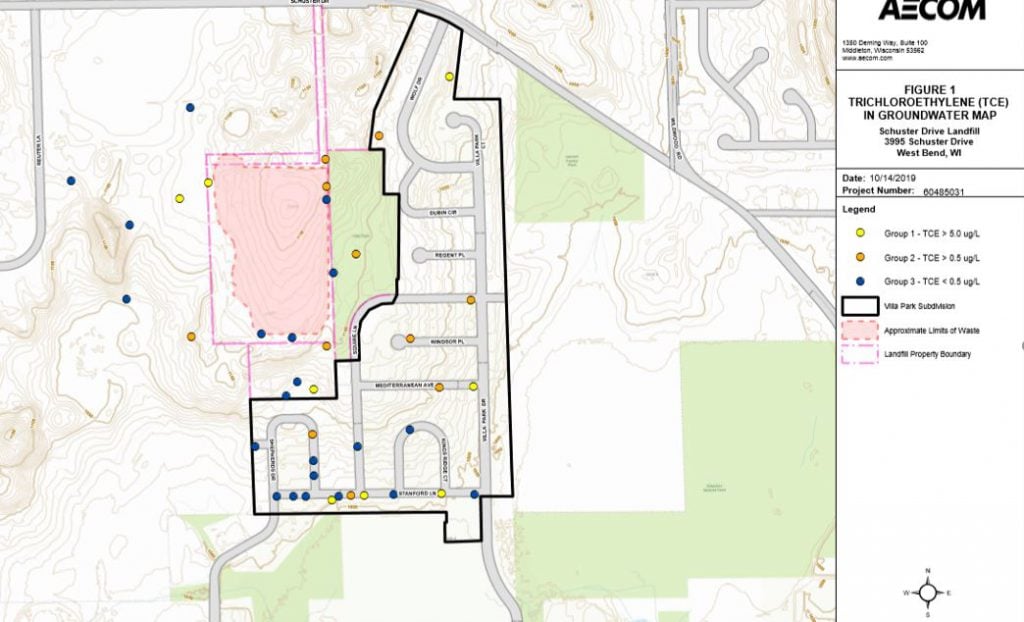 Below is a deed for the original owners in the area. It’s interesting to note that a couple of the people in the partnership that purchased the property also had roads named after themselves in the subdivision including Dubin Circle and Wolf Drive. 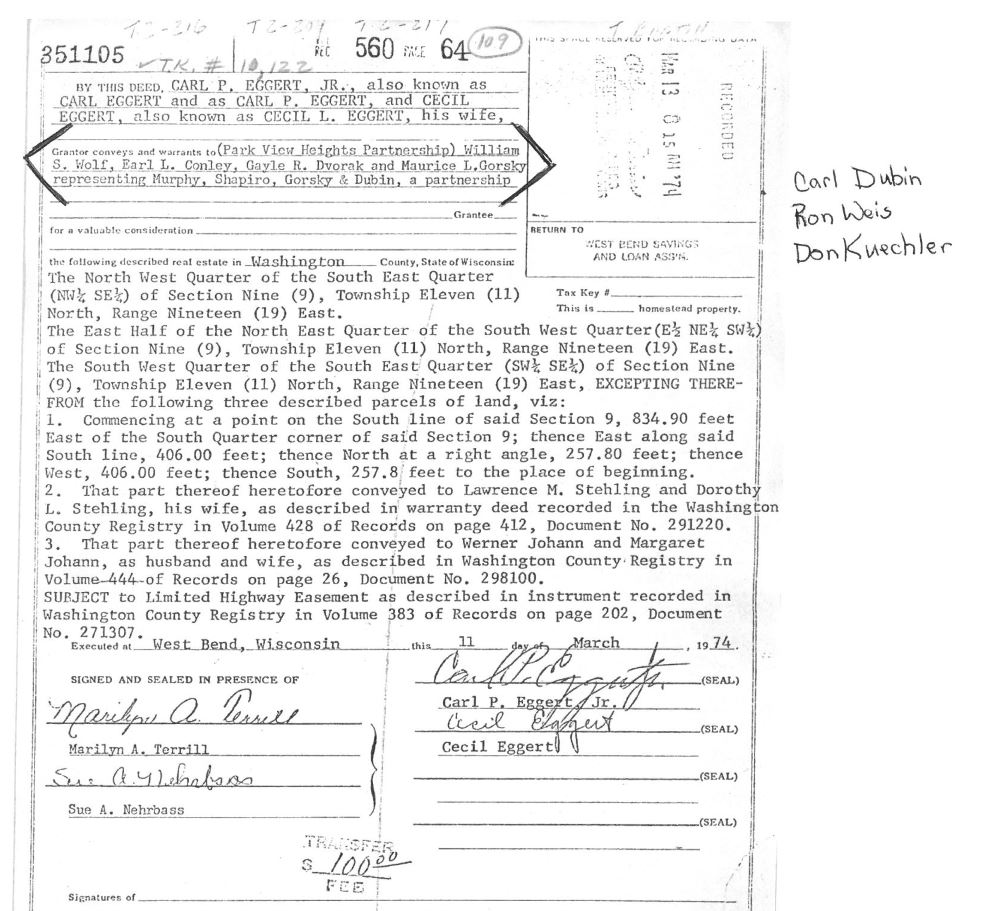 Herbert and Frieda E. Abel sold the landfill area to the City of West Bend on November 15, 1977.

The City of West Bend annexed the property on April 14, 1988.  Below is a brief history on the property. 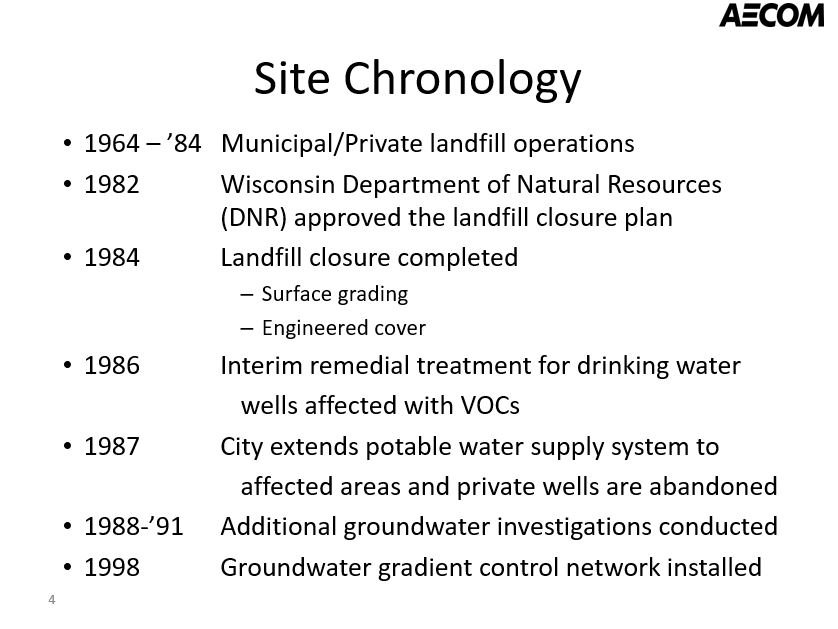 A point explained in the meeting involved the installation of the clay cap on the landfill in 1984. According to Linnemanstons that was done to avoid direct contact with waste and the so rain cannot get through. However, the landfill does not have a bottom. It’s so old and doesn’t have a liner. The newer landfills have liners that create a bathtub effect.

Quite a few people at the meeting were concerned about possible health risks for their families and pets. Whether garden plots would be affected and what affect this would have on their property values.

Ben M. has a home on Squire Drive just south of the landfill. “I have two little children, 7 and 4, and my wife was pregnant in my home,” he said. “I’m worried about the health of my family and that’s the main concern but there’s also the resale value of my home and now what.”

Quite a few people complained during the meeting and after about how information passed along to neighbors in Villa Park was confusing and hard to understand.

One of the members of the health department explained TCE could have some short-term effects including “fetal heart issue within the first few weeks of pregnancy and possible cancer causing for a lifetime of exposure.”

One man in the audience asked, “Is there something you can do to suck out this underwater nightmare or am I too sci fi?”

Linnemanstons responded, “The technology for addressing the plume, for the state it’s in, there is no good way to remove it. Engineers say with enough time and money they can resolve any problem, but where we are now we don’t the the luxury of either one.”

The City has maintained it is keeping an eye on the situation and will keep neighbors informed. 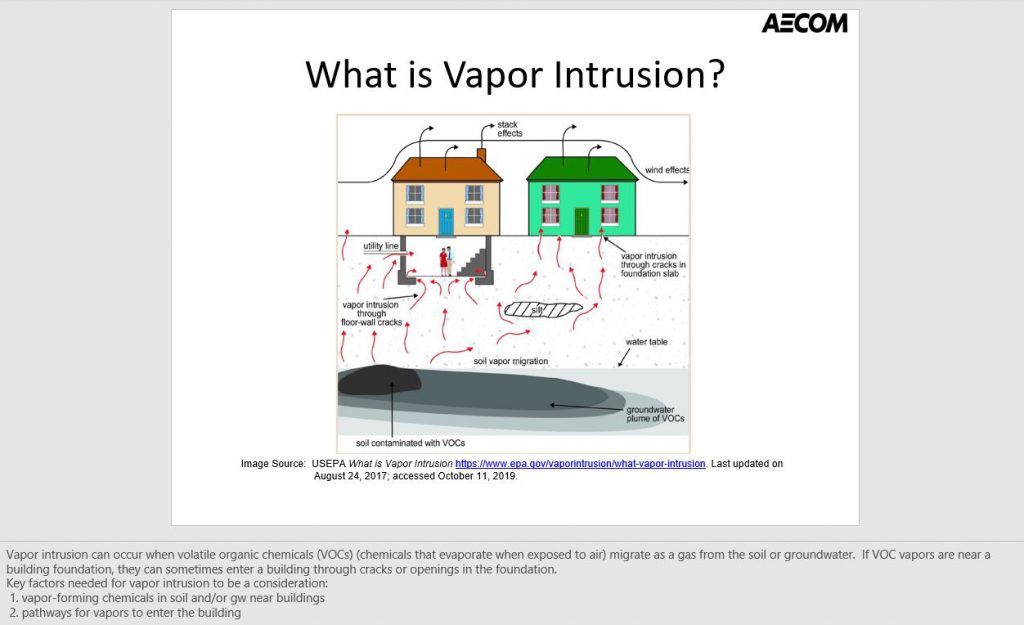 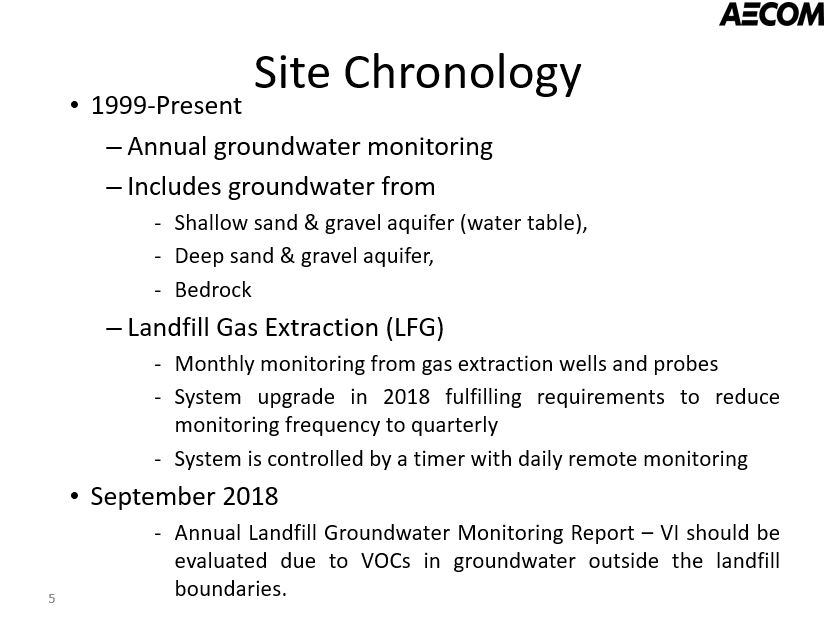 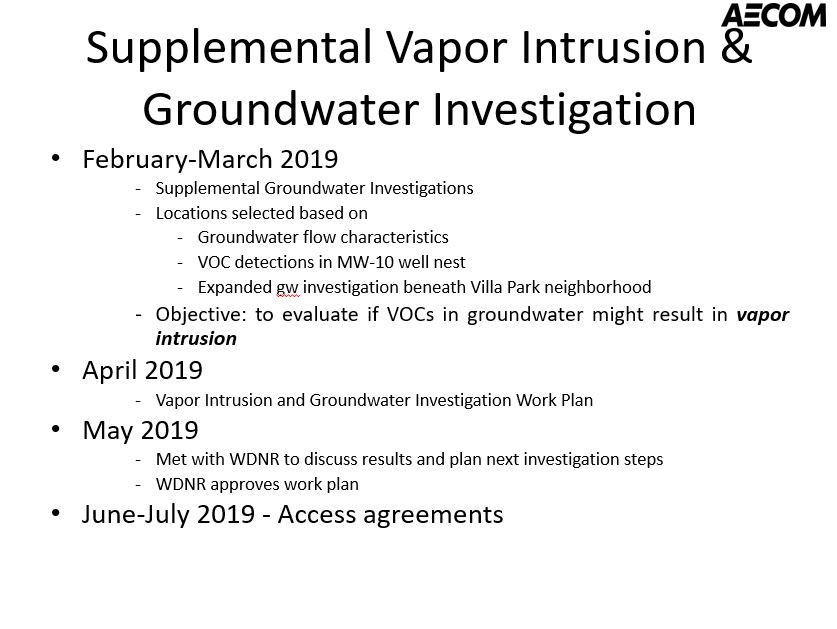