Nov. 4, 2018 – Addison, WI – It was an all-school event on Friday, Nov. 2 with some very special guests as students from Addison Elementary held their 2018 Veterans Day Assembly. 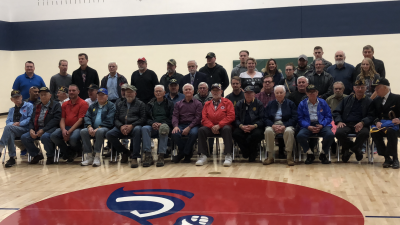 There was dancing and singing and recognition of the many veterans in attendance.

Special guest, U.S. Navy veteran Howard Knox, 99, provided a history lesson on his time in the military and spoke a bit about his famous bugle.

Knox was the first Cub Scout in the state of Wisconsin and he received a bugle when he was 10 years old. “The bugle was given to me by the scout master and he used it during World War I,” he said.

Knox was attending the University of Wisconsin when he joined the U.S. Navy. 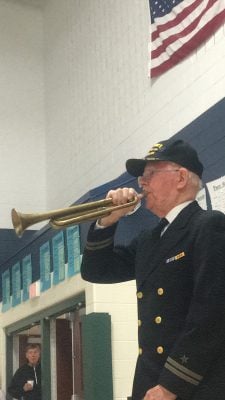 After Knox performance on the bugle, students, parents, teachers and guests were shown a video tribute that was set to the Lee Greenwood song, “God Bless the USA” 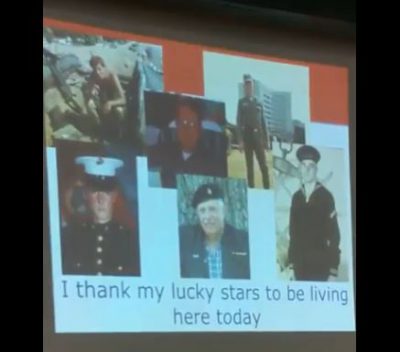