Nov. 7, 2017 – Washington Co., WI – The old Washington County Courthouse took center stage Tuesday as attorneys from the law firm of Crueger Dickinson were joined by officials from Washington County and representatives from 28 other counties in Wisconsin to announce a lawsuit against five pharmaceutical companies for their role in the current opioid epidemic. 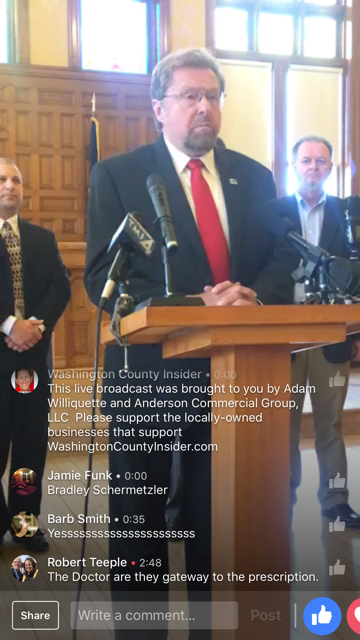 “Overdoses are just the tip of the iceberg and county governments are bearing the brunt of the cost of this crisis,” said attorney Erin Dickinson with the firm Crueger Dickinson.

“The lawsuits filed today represent an important step towards addressing the opioid crisis in the state of Wisconsin and they seek to hold the defendants responsible for their central role in causing this crisis.” 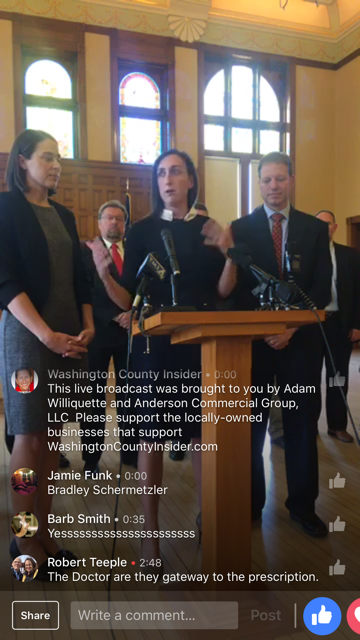