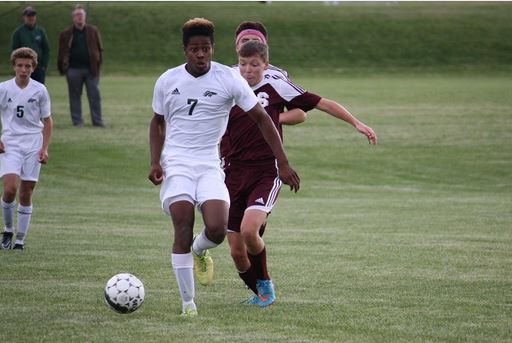 After finishing second on the Conference Most Valuable Player ballot as a junior last season, Joseph Raasch took home the award this year.

It comes as no surprise, as Raasch led the ECC in both goals and assists, tallying 25 and 14 respectively.

Also selected to the first team was forward Jake Semenske, who finished second in the conference with 20 goals, and defender Justin Ninmann, who anchored a Charger backline which allowed just 7 goals in 10 conference games.

Sophomore Ethan Duba and senior Riley Asen were selected to the second team, and Grant Biesterfeld received an honorable mention.

Photo is of Joseph Raasch, courtesy of Paula Asen