Oct. 4, 2018 – West Bend, WI – In May when we walked into the future home of Revive Salon, 325 Chestnut Street, in West Bend the building had been gutted to the studs and owner Rhiannon Klotz had a lot of vision.

“This building screams my name,” said Klotz. “I know people are saying ‘how is this going to be a salon?'”

Jump ahead four months and walaah the new Revive Salon is open sporting an elegant, industrial, contemporary and open concept. 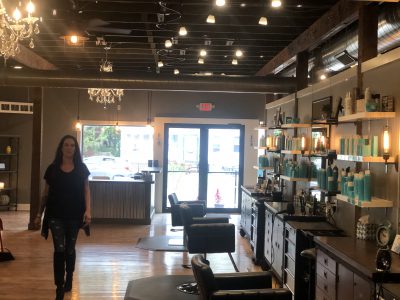 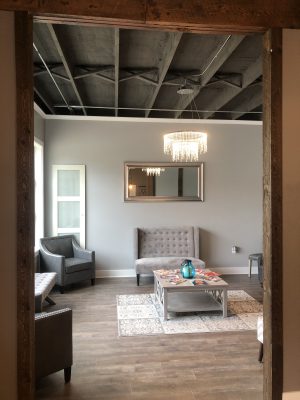 “I’m really excited,” said Klotz. “This is what my husband and I have been working on the whole summer.”

The salon has six hair stations, a comfortable waiting area, and blow-dry bar and makeup area. 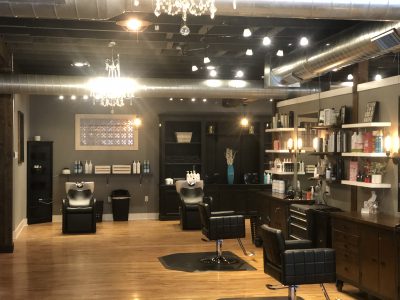 “The hair stations are functional and large so the stylists aren’t on top of each other,” she said.

“We have three private sweets for sytlists, massage and an esthetician.”

Klotz also invested in property just to the south of the shop on Chestnut. The paved lot off Main Street has parking for 22 stalls for customers and staff. 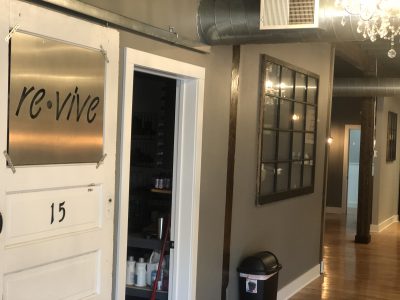 On a side note: “Walking in today it was kind of surreal because it was the first time I was coming here to work in the building and not on the building,” said Klotz.

The floors in the salon are original to the building as are the wood beams which were covered in a red paint. “I scraped and sanded those beams a couple of times to bring out the rustic look,” Klotz said.

Klotz gave a shout out to AM Construction for all the work on the building.