Schwai’s was the perfect fit as Hoffmann’s Meats wrapped up 91 years at the storefront. A small writeup on Schwai’s predecessors was published in the book Wisconsin’s Hometown Flavors: A Cooks Tours of Butcher Shops, Bakeries, Cheese Factories & Other Specialty Markets by Terese Allen.

The Wisconsin Historical Society noted the cream brick building was constructed in 1875. 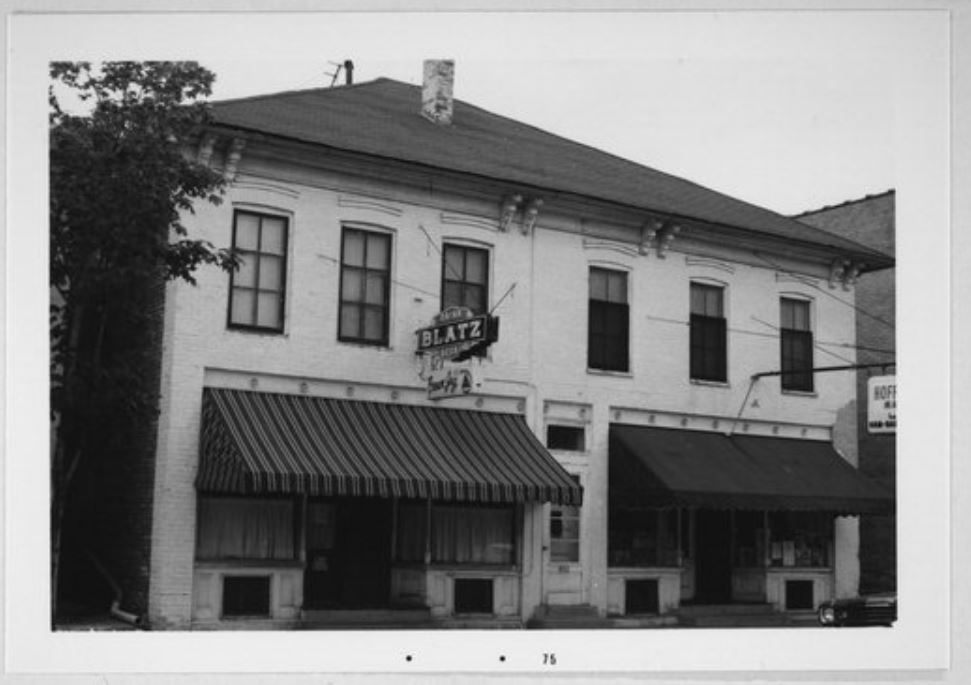 Details below from Wisconsin Historical Society:

“Tariff records from 1892 lists this duo as a saloon, cigar factory and dwelling. The owner was Charles Boettcher, also a butcher. Since 1917, four generations of the Hoffmann family have operated a butcher shop with its smokehouse here. The slaughter-house remains in the rear though no longer in operation.” A Walk Through Yesterday in Cedarburg

Schwai’s opened in Cedarburg on Nov. 16, 2009 after owners Tom and Kathey Schwai closed their shop on Tillie Lake Road in Jackson. After five years in the strip mall to the west of Highway 45 that storefront struggled and the Schwai’s thought it was time for change. 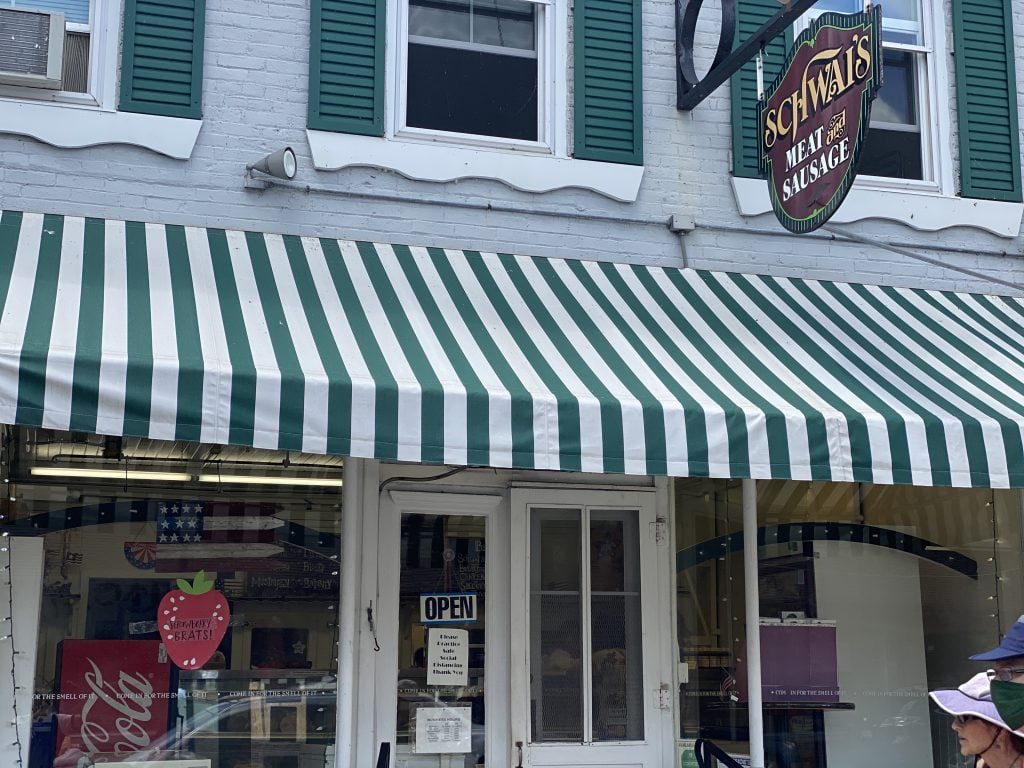 The old butcher shop in Cedarburg had been closed since 2008.

Tom Schwai was quoted in the Milwaukee Journal Sentinel saying the move to Cedarburg was a “no-brainer.”

“Everything’s there. The coolers. Everything. How could you go wrong?” Tom Schwai said. “The old-time doors are there. It’s an old-time butcher shop.”

On Saturday, June 27, 2020 the hinges on the screen door to Schwai’s in Cedarburg got a workout as did its clerks. Dressed in matching pink Schwai’s shirts Kathey and her longtime coworker Deann (Dee Dee) McMullen filled order after order after order. Strawberry brats were the hot topic of the day. It was supposed to be the weekend for Cedarburg’s Strawberry Fest, however that had been canceled because of COVID. 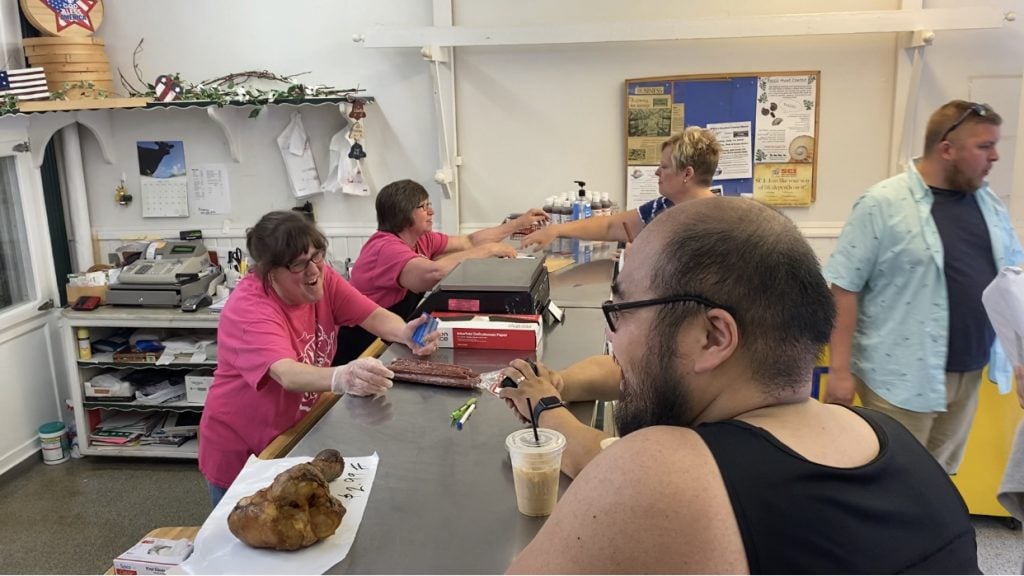 Kathey weighed and wrapped brats and customers came in already well aware the store was closing.

“I have aged and matured and would like to cut back on my workload,” said Kathey. “Tom thinks he’s very young but he is now overwhelmed with a lot of work so I think it would be better for all of us if we just have the one location in Fredonia.” 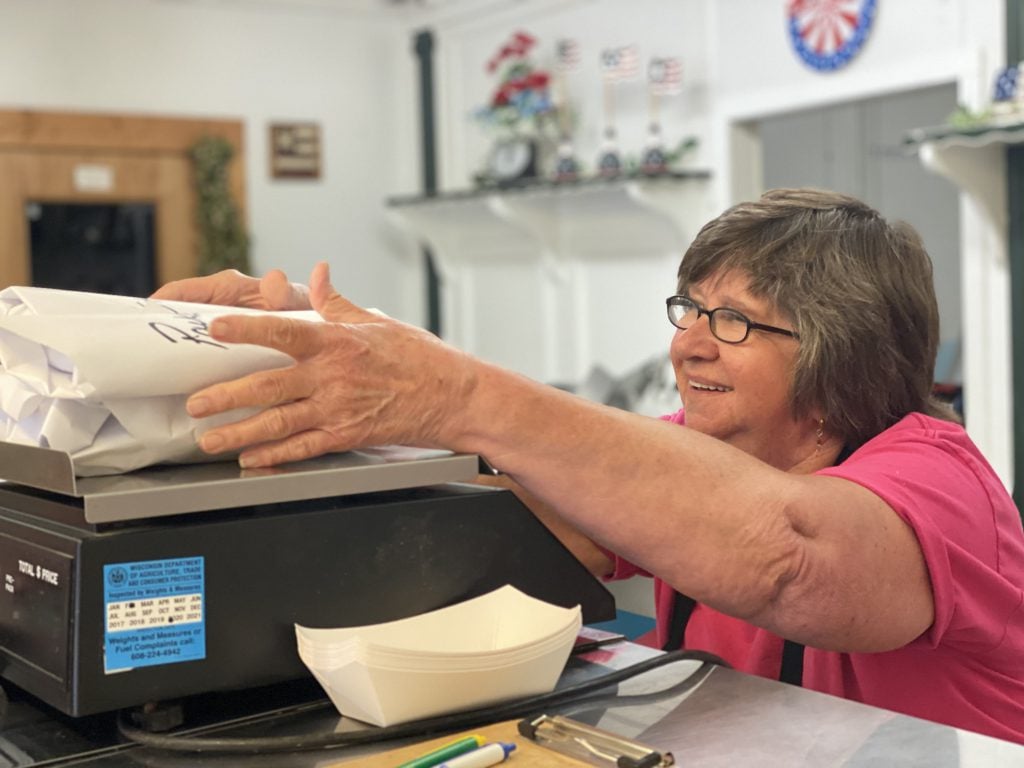 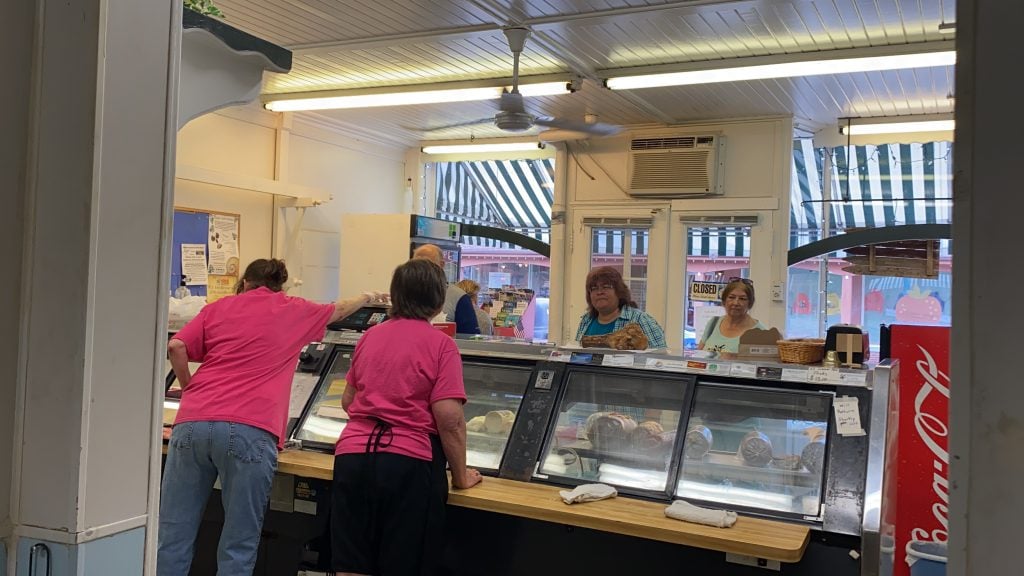 “I want to thank everyone in Cedarburg and I can’t leave out our out-of-towners because we do have a lot of people from Illinois,” she said. “I’m so grateful for everyone that has supported us and as I say we came in here in faith that we would be supported and that’s how we’re leaving with faith and we’ll see you in Fredonia.” 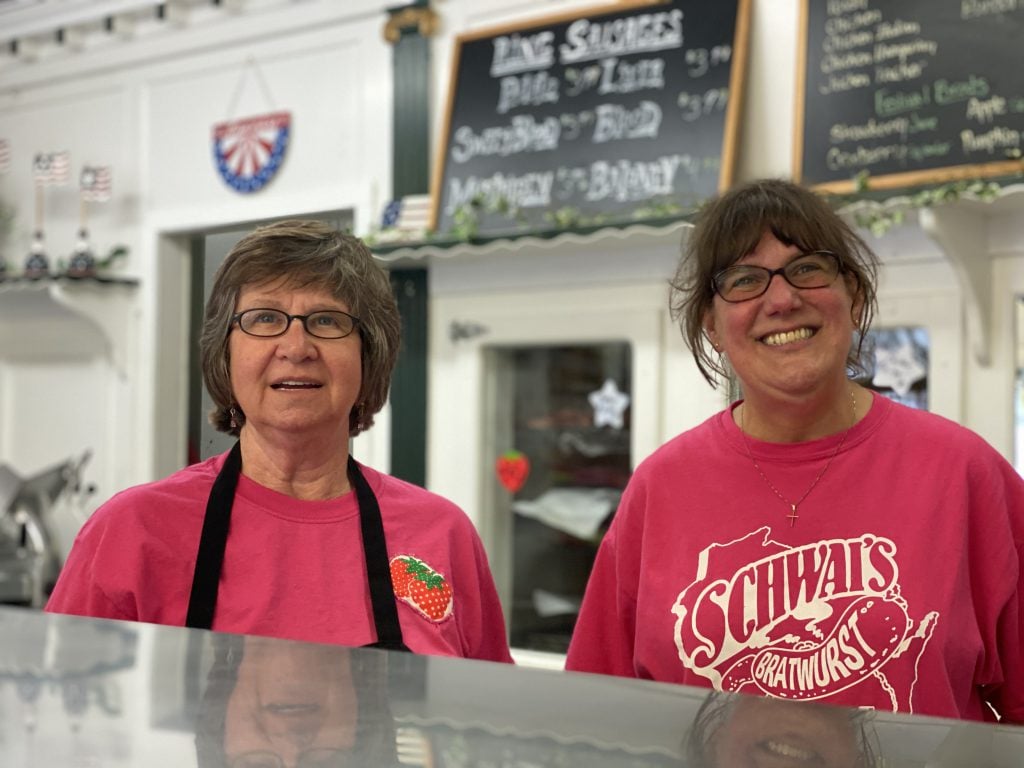