Some of the agencies and sponsors that have run with me have asked me if I ever get sick and, if so, “how do you manage to still run?” I have been sick numerous times over the past 25 years but thank God I have never been too sick to run. I had pneumonia and numerous bouts with the flu. I can honestly say I always felt better after the run. Perhaps it’s the way I was raised on the farm. 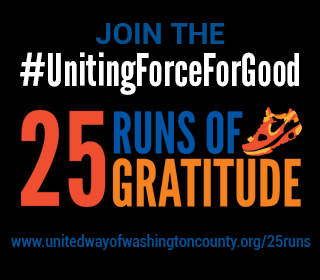 I grew up on a dairy farm just west of Hartford on Highway N right at the Washington and Dodge County line. We milked nearly 80 cows and were one of the first stops on Pete Beistle’s milk route. I won’t forget Pete’s name because one time he gave me a Borden’s name tag that my mom sewed on my shirt. Us Pete’s have to stick together.

We got up early in the morning, we had to be in the barn by 4:45 a.m., it didn’t matter if you went out the night before and got in at 2:30 a.m.; you still had to be in the barn for chores at 4:45 a.m. I remember after all the cows were milked, and just before we all went in for breakfast, my dad would scoop a cup of milk out of the cooler and drink it in one gulp. My mom always cooked wonderful breakfasts, lunches, and dinners. We never went out to eat. Dad would always say that no restaurant had food as tasty as Mom’s so it wasn’t worth it to go out. My mom and dad, at 83 and 87 years old, still live on the farm.

My dad rarely got sick. From the time he was married until their 25th wedding anniversary, I can’t recall him ever taking a day off of milking cows. For my parent’s silver anniversary, we made them go to their honeymoon destination in Denver. Those would be the first set of nights, since their honeymoon, that they didn’t sleep in their bed in our farmhouse. When my dad did start feeling sick, I remember him drinking a ton of water. He always said he needed to flush the sickness out of his system. He never took any pills. He always said that people should drink the water and throw the pill over their shoulder. The water made you feel better, not the pill. So my dad essentially had a more impressive streak than I have. Running 1.2 miles is certainly easier than milking 80 cows two times per day.

I learned all of the skills needed for success from my parents while growing up on the farm. Having four older brothers also helped pound me into a strong person. As an adult, I rented 17 acres, so my kids could experience some parts of farming, like baling hay. I would buy some cows to milk but I don’t think my neighbors would appreciate that. 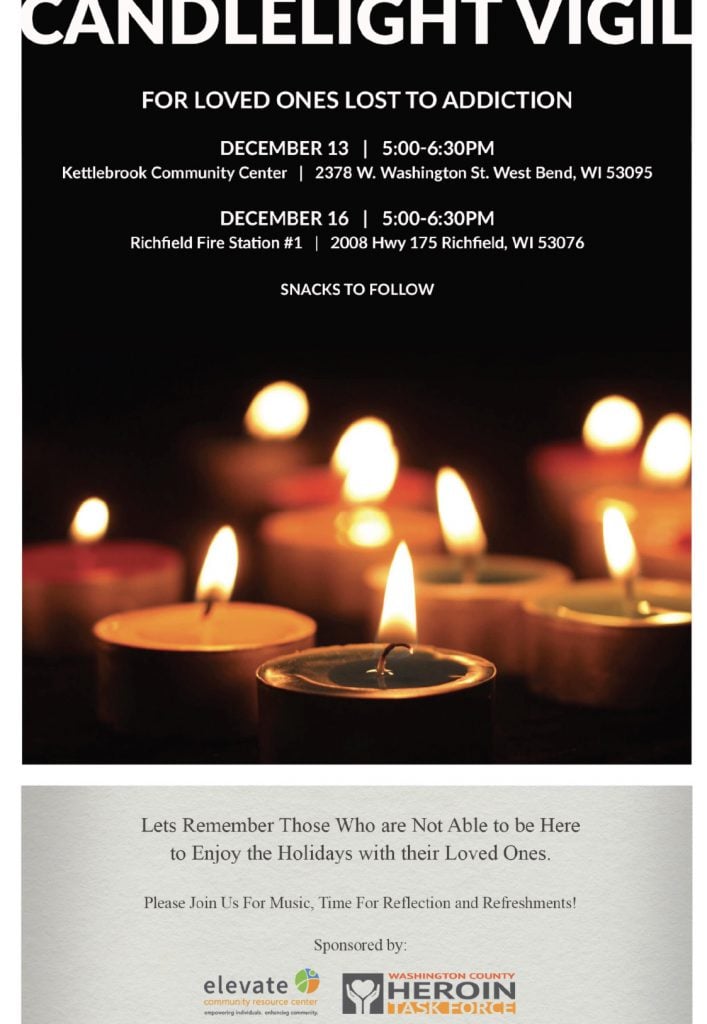 Today I ran from the doorsteps of Elevate in Jackson. A couple years ago, Moraine Park hosted the Heroin Highway lecture series. Our auditorium overflowed into our main lobby nearly every Thursday night of the series. I learned some awful things about addiction and heard some horrible stories. Heroin doesn’t care if you’re rich or poor, whether you are extremely intelligent, or didn’t graduate high school. It can effect anyone and it rips your family apart. Elevate works with all ages to try to prevent drugs from ruining anything positive in your life. Not only does Washington County need Elevate, we need to support Elevate with their mission.

Today’s run was sponsored by Mike Sterr and Caldwell Banker. Mike’s lovely bride Denise was also there to cheer us on, however she knew it was icy and chose not to run. Mike and Denise are friends of ours, their daughter MiKenna went to school and played volleyball with my daughter Maddie. Christine Zimmerman joined Mike and I on a slow 2.8-mile run. Christine’s daughter Andrea played volleyball with my daughter and was an assistant coach for West last year. I am so fortunate that so many of my friends have supported 25 Runs of Gratitude.

Friday, Dec. 14 we run at 8 a.m. for the non-profit organization Friends, Inc. See you then.