“We established our Fund 46 five years ago, probably to the day. We do have the ability to spend the money as of July 1, 2019. At this point in time we’re not planning to spend it.”

Superintendent Don Kirkegaard said “some of the money in Fund 10 was spent last year, 2018.”

Board member Joel Ongert questioned how much money was in Fund 46 and how was it being used by the district.

Sarnow did not know the number off the top of his head and Kirkegaard said it was “In the $2.1 million range.”

Ongert said: “And we’re able to start spending that July 1; I guess just a thought is we outlined all kinds of needs around our facilities and the referendum failed and if those needs are urgent needs and we’ve got $2 million sitting in a fund to tackle security, safety, whatever then I think it’s time to start thinking about whether we use it because if we’re waiting for referendums to pass we could be waiting forever and we’ve got $2 million sitting there that could be renovating the entire library, or could be tackling all of our safety and security issues right now. So that’s something we’ve always talked about the Jackson savings account and the community didn’t think it was time for Jackson right now and we’re sitting on $2 million and we could put in to Jackson with that new blacktop on in Jackson so it’s just something to think about that Fund 46.”

Board member Paul Fischer: “In light of the facilities tour and what we’ve seen and what Dave (Ross) and his team are doing with $1.5 million a year is it reasonable to think we’d have a maintenance driver in the budget? Something that gives us a little more meat to be able to take care of the 1.2 million square feet that we’ve got in the district. I’ve done a little homework and we’re woefully under…. credit to Dave and his team for doing what they’re doing but I believe we’ve optimized the experience in the classroom at the expense of some of the buildings. How do we invest in these facilities so they don’t end up costing us too much down the road.”

According to the Department of Public Instruction money used in Fund 46 has more restrictions and must coincide with an established long-term capital improvement plan.

A school board with an approved long-term capital improvement plan (minimum of 10 years) may establish a “trust” that is funded with a transfer from the general fund. The contribution from Fund 10 to Fund 46 (Long-term Capital Improvement Trust Fund) is recorded as the expenditure for shared cost and equalization aid purposes. Future expenditures from Fund 46 are not part of shared costs. A school board is prohibited from removing money deposited into Fund 46 for a period of five years after the fund is created. After the initial five year wait period is over, funds may only be used for the purposes identified in the approved long-term capital improvement plan. Fund 46 assets may not be transferred to any other school district fund.

-The School Board regularly set aside $250,000 for the Jackson Elementary Fund, also known as Fund 46. During a meeting in May 2018 it was noted Fund 46 carried $2.5 million and was designated for Jackson Elementary.

-Fund 46 would have been used to offset the cost of a future referendum involving Jackson Elementary. In 2018, for the first time since the fund started in 2014, the board approved setting aside $20,000 for the Jackson Fund. Superintendent Don Kirkegaard said they would see “how our budget is performing.” He said the district would look at whether to contribute to the Jackson Fund in spring 2019.

-During Monday’s meeting, June 10, 2019 district finance director Andy Sarnow said no money is being designated toward the Jackson Elementary Fund/Fund 46 in the upcoming budget.

-In a follow-up email Kirkegaard outlined the funds.

There are actually three different areas or funds coming into play with this topic.   The Jackson Fund were monies set aside and earmarked for a future Jackson project and it is currently held in our General Fund (Fund 10) as a “committed” fund balance.  As of July 1, 2018 there was $2,224,981 in the Jackson account.  The board spent $750,000 from the Jackson account for the purchase of land in the Village of Jackson from the Village of Jackson next to the property the district owned.  The current balance of the Jackson Account in Fund 10 is $1,474,981, again in a committed fund balance in the District’s General Fund.

Fund 46 (Long Term Capital Improvement Trust Fund) was established in July of 2014.   No money can be spent from Fund 46 until July of 2019 per state statute.  It is anticipated that there will be a balance of $1,740,000 at fiscal year-end, 6/30/2019.  There are no specific spending requirements for Fund 46 as long as it is for capital improvements.  It has been generally understood that Fund 46 would also be used for Jackson.

There is a second facilities fund, Fund 41 (Long Term Capital Expansion Fund) dating back to the 2008-09 school year.  Fund 41 is anticipated to have a balance of approximately $740,000 at fiscal year-end.  These two funds, Fund 41 and Fund 46, have historically been talked about as one fund but they are actually two different accounts.  Going forward we will correctly refer to each fund separately.

A discussion about the mill rate was initiated toward the end of Monday night’s budget discussion.

Board member Ongert: “So are you suggesting the mill rate could go down even more during the 2019-2020 budget?”

Andy Sarnow: “I don’t know yet, so I don’t want to say because I haven’t made that calculation.”

Board member Nancy Justman: “Well considering some of the criticism we endured during the referendum that we need to ‘live within our means’ I would say dropping the levy or not taxing to the max would be detrimental to us. I’m not sure why we would even think about doing that personally.”

Ongert: “Plus I heard loud and clear people think we have too much debt in the West Bend School District and if that’s what’s preventing people from voting ‘yes’ on the referendum then let’s maintain the mill rate and pay down even more debt, if that’s what our community wants. Dropping the mill rate just to see how low we can go, um… I think is detrimental to our facilities to our staff, to our students. I don’t want to tax the crap out of the community but we need to be able to pay down the debt.”

Justman: “Obviously we have a lot of capital things we have put off. The fact we have carpeting in that building we can assume is at least 40 years old* (statement not confirmed) is frightening. Correction, 48 years*(statement not confirmed).. even more frightening. The idea we have put off items but we also need to make sure we have this balance with our students, we still want to be a destination district. I’m just not in favor at all or decreasing the mill rate at all. I guess you’d have to really come up with some amazing plan to sell me on a plan to do that. I think we should look at increasing it and look at some of these projects that we haven’t been able to get done. I see Dave Ross is happy dancing in the background… as I go on with my rant here. But we really need to prioritize some of these things. We can’t have carpeting that’s 48 years old*(statement not confirmed) and we can’t have projects that Dave is holding together with binder twine to try and get things done. I mean we really need to look at some of these things and if that requires us to raise the mill rate than so be it.”

Ongert: “And our taxpayers are telling us we can’t have any debt.”

Justman: “Well the word was ‘live within your means’ but we don’t sell anything so we have no means but apparently some people don’t understand, so I just want to point out I’m not in favor of decreasing the mill rate.”

Sarnow said a preliminary budget will be presented Monday, June 17. The annual meeting is set for Monday, Sept. 23 at 7 p.m.

*Note of clarification – During the meeting board members Nancy Justman and Tonnie Schmidt said the carpet in the WBW library was “40” and then “48 years old.” Two former staffers confirmed the carpet in the WBW library was replaced in the late 1980s. Emails were sent on Thursday, June 6, 2019, to both Justman and Schmidt asking where they received their information. So far, as of June 17, 2019, neither has responded.

Also note,  the school board toured the schools in the district on May 24, 2019. According to facilities manager Dave Ross, neither Justman nor Schmidt were on the tour.

On Monday, June 17 a community group will address the School Board about conducting its own review of facilities in the WBSD. 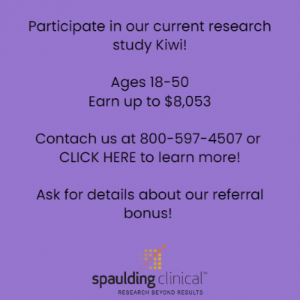