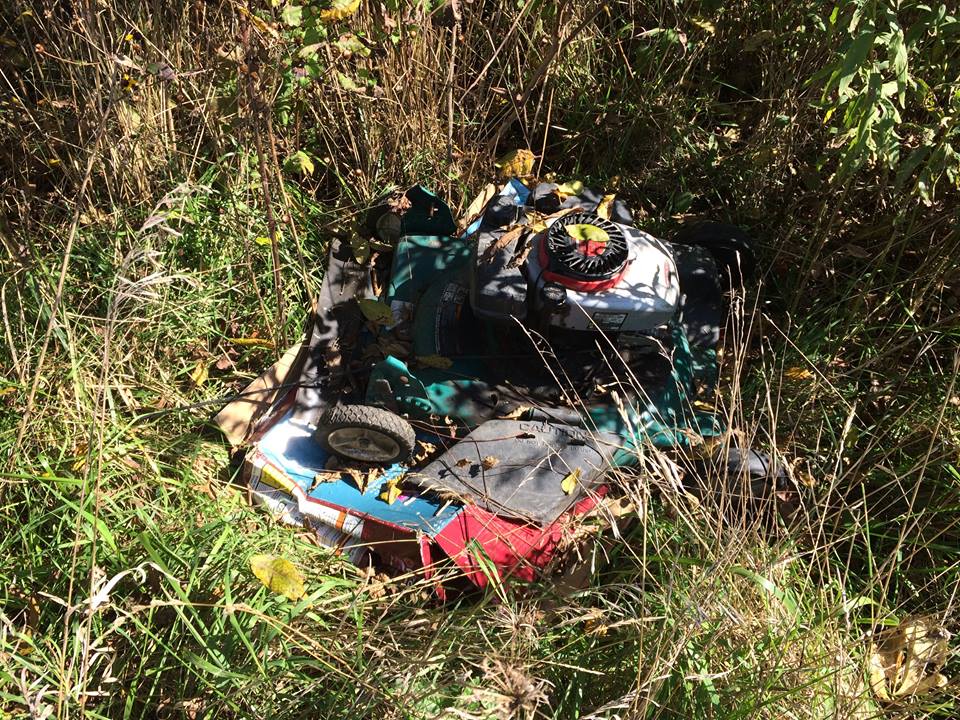 The Washington County Sheriff’s Office would like to return the lawnmower and chair, found off the side of the road in the Town of Wayne, to the rightful owner.

Investigators can only assume the items inadvertently fell out of the back of an environmentally-conscious person’s vehicle as they were on their way to one of the many different types of recycling centers that accept such items.

We would also hate to have the person miss out on any opportunity to get a bit of spare change at one of the several conveniently located scrap yards throughout Washington County.

This could potentially offset the cost of gas it took to drive out to the Town of Wayne where it fell out of the vehicle and landed neatly in the ditch just out of plain sight.

Investigators are amazed just how lucky the Town of Wayne was that the lawnmower, only by chance, landed on a cardboard box that protected the environment from the dripping oil. Investigators are also examining the physics of how that same cardboard box the person used to protect his/her own vehicle carpeting could have flown out of the vehicle at the same time as the other items.

If the person would also like the cardboard box returned the Sheriff’s Office could facilitate that return. We understand it could have some sentimental value as it was a box for a pink scooter; we would hate for your child to miss it.

We do not wish to set a bad example for your child by not returning something that does not belong to us.

Previous articleWoman with BAC of .21 parks car on tracks in Allenton
Next articleVIDEO: UW-WC volleyball wants to jam the gym for final home game of the season