Jan. 8, 2019 – West Bend, WI – There’s a full agenda set for the Safety Committee meeting tonight, Jan. 8 in West Bend. Among the hot topics will be to review the timing of traffic signals on Paradise Drive. 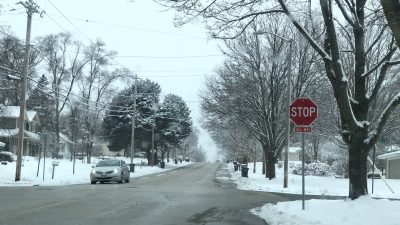 There’s been quite a bit of discussion regarding the construction on 18th Avenue in West Bend but a sidebar story has neighbors concerned about the future of the stop signs at Silverbrook and Decorah.

Aside from the future of that intersection the Safety Committee will also weigh in on whether additional stop signs are needed at Seventh Avenue and Decorah Road. That’s a high-traffic area, especially when school is in session.

If you remember in September 2017 crossing guard Phyllis Wendt was hospitalized after she dove out of the way after two vehicles collided at that intersection.

City engineer Max Marechal said the city has cut back some of the brush going up Decorah Road to make visibility better in that area.

The meeting Tuesday, Jan. 8 gets underway in the council chambers at City Hall at 6:30 p.m. The meeting is open to the public. 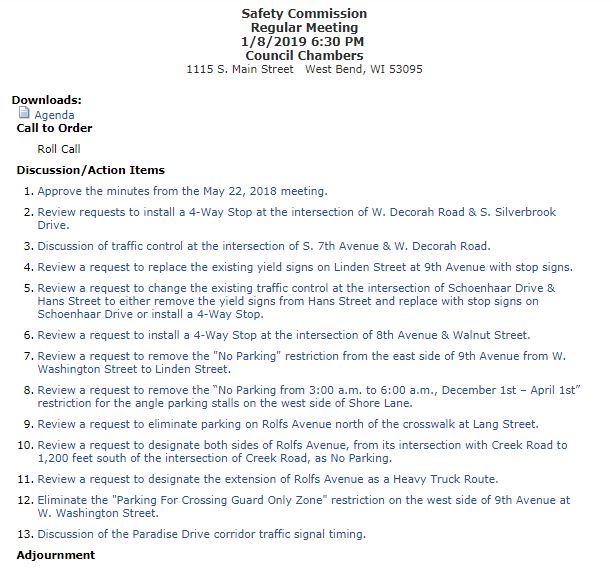