February 19, 2021 – West Bend, WI – With an inter-school rivalry between West Bend East and West, it seemed only fitting to have this be the most important game of their season. It was definitely played like it was too. 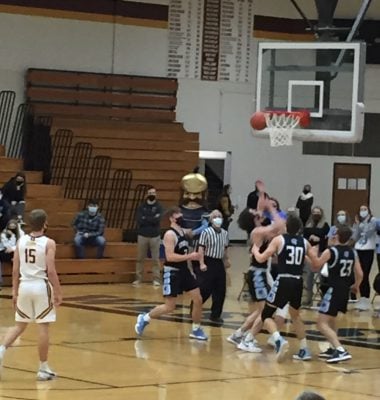 The Suns took the early lead and never trailed through the game, but they were never truly able to put the Spartans away until the final minutes.

The defensive effort from both teams was crisp and the offenses were dialed in making every attempt at a basket count. Heading into halftime the Suns led 26-21, due in no small part to an extremely well timed last-second shot by the Suns. 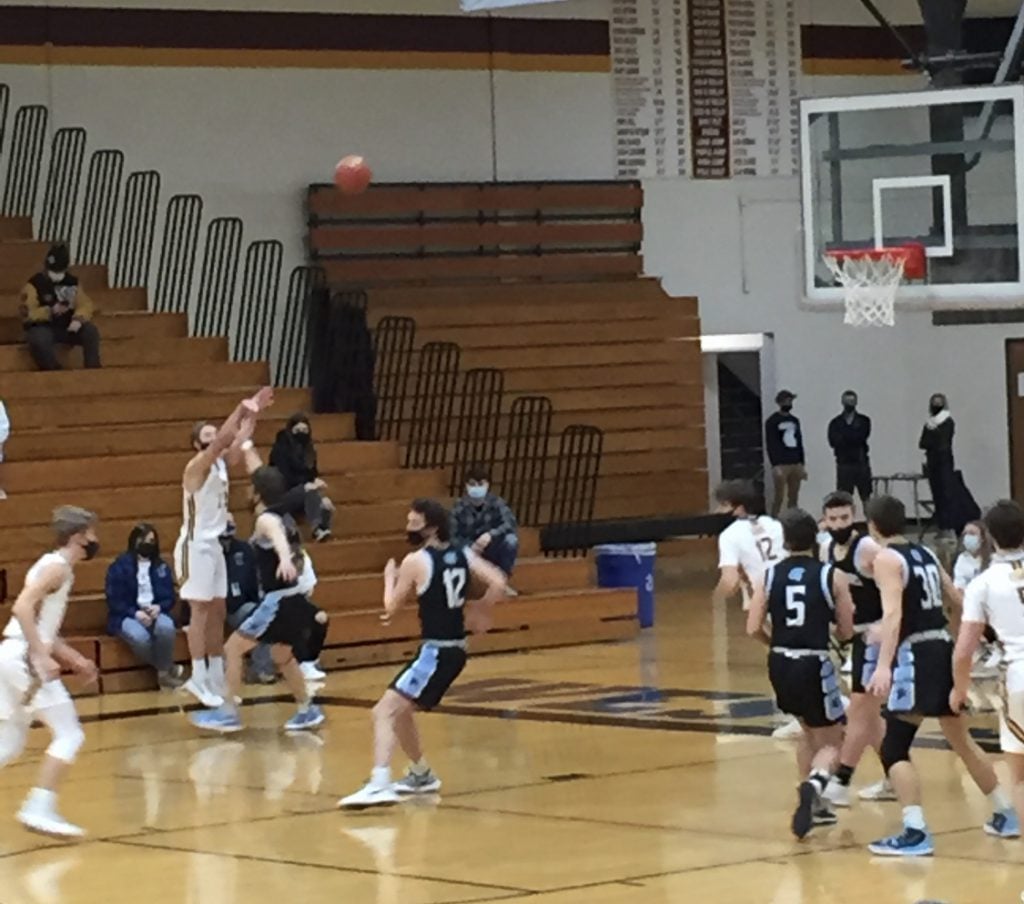 This game had its fair share of standout performances, but the true duel was between Suns senior George Seaman and Spartans senior Aaron Tennies; both happened to share the same jersey No. 5.

For the Suns Seaman, who had arguably his best game of his career, scoring 28 points while also being a big cog for the Suns defensive machine, taking charge in the zone and helping his teammates stay in synch.

As for the Spartans their MVP Tennies, who had a career-defining season turned in a stellar performance scoring 21 points, but also generating several key assists and generally being an offensive facilitator. 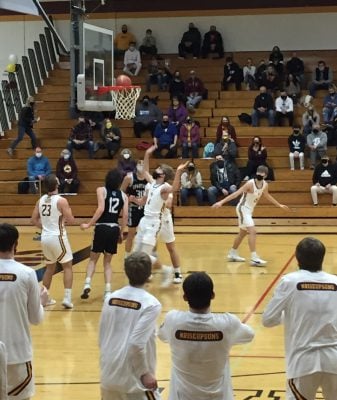 Despite Tennies incredible efforts and tenacious team defense, the Spartans fell just short of catching the Suns in the end, falling 66-61.

Each team had significant contributions from others on their rosters, which made the game more interesting. For the Suns, seniors Evan Roell and Sam Geldnich each scored double digits, with 18 and 10 points respectively. For the Spartans, they managed to get a stellar performance from junior Riley O’Connell, who finished the game with 16 points. 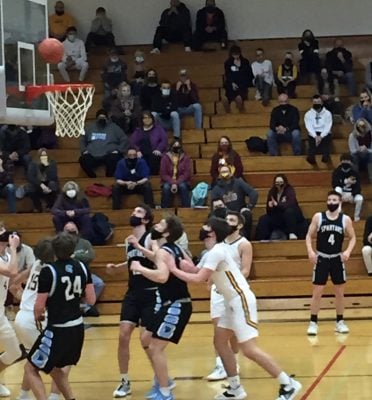 The Suns continue their march towards trying to win a WIAA state title when they travel to Beaver Dam on February 20 at 7 p.m. The winner of the Division 1 Regional title will advance to the sectional stage of the WIAA tournament which starts February 25.