November 17, 2019 – West Bend, WI – A familiar name in soccer circles across West Bend and southeastern Wisconsin has been tabbed as the new head coach of the women’s soccer program at Wisconsin Lutheran College. 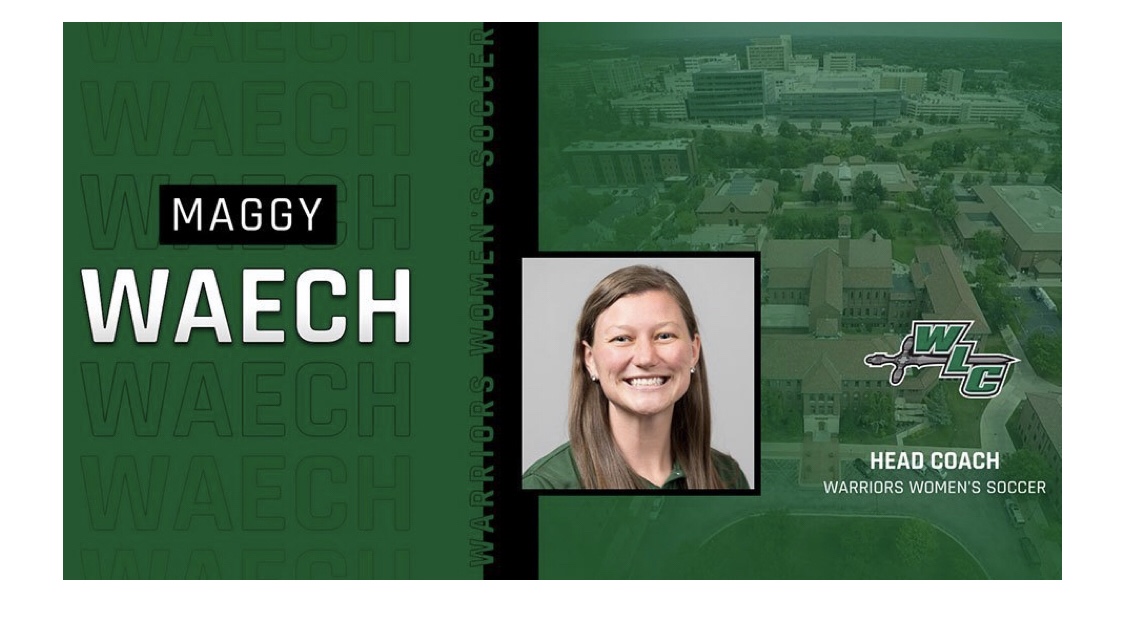 Waech played in West Bend throughout grade school and high school. She went on to play college at Cardinal Stritch University and then transferred to Concordia University.
Wisconsin Lutheran College posted the coaching write up below:

Wisconsin Lutheran College Director of Athletics Skip Noon has appointed Maggy Waech as the next head coach of the Warriors women’s soccer program, it was announced today. Waech becomes the sixth head coach in the history of the program’s recently completed 25th season.

“I am honored to be named head coach of the Wisconsin Lutheran College women’s soccer team,” said Waech. “I would like to thank the administration team that has entrusted the program to me and to my family for their continued support. I look forward to serving the young women of the program for many years to come. God is good. Go Warriors!”

Waech, who has served for a total of four seasons – two as a graduate assistant and two as a part time assistant – on the Warriors’ coaching staff, spent the 2018 season as the development coach at NCAA Division II Barton College (N.C.). She helped lead the Bulldogs to a 10-6-2 overall record and a 5-5-1 conference record, which included a first round win in the conference tournament.

Waech’s coaching experience also includes serving as Washington County FC U-10 boys’ head coach in 2014 and the WCFC U-10 girls’ head coach in 2015. She was also an assistant girls’ varsity soccer coach at West Bend East High School in 2016, when the Suns claimed the Wisconsin Little Ten Conference championship. Waech was the head girls’ junior varsity coach at Wauwatosa East High School in 2017. She also assisted with the Raiders’ run to the WIAA Division 2 State Girls Soccer championship game.

“We are excited to have Maggy as our next women’s soccer head coach,” said Noon. “She is a proven recruiter and has a passion for Warriors Athletics. We look forward to her leading the program for many years.”

Waech played striker for one season (2012) at Cardinal Stritch University, appearing in 10 games and scoring two goals as a freshman for the Wolves. After a career-ending injury her freshman year, she transferred to Concordia University Wisconsin where she graduated from in 2016 with a degree in exercise physiology. Waech lettered in basketball and soccer at West Bend West High School, where she graduated from in 2012.

Waech, who earned a Master of Arts in leadership and innovation from WLC in May 2018, resides with her husband in Wauwatosa.