Sept. 25, 2017 – Hartford, WI – On July 15, 2013 the city of Hartford was rocked by the news of the brutal murder of Jessie Blodgett, 19, who was found dead in her family’s home. In 2014, Blodgett’s classmate Daniel Bartelt was convicted of killing Jessie and sentenced to life in prison.

Today, the saga continues, as Bartelt is pursuing an appeal with the Wisconsin Supreme Court. 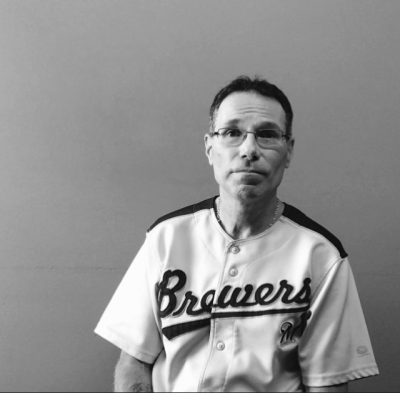 Buck Blodgett and his wife, Joy, received a letter two weeks ago from the State. It was the first they heard Bartelt was trying to appeal and seeing those words was “a knife in Joy’s heart,” said Buck Blodgett.

This isn’t the first time Bartelt has appealed his conviction. Last year, Bartelt appealed to the appellate court; it did not rule in his favor.

Bartelt is now taking that appeal to the Wisconsin Supreme Court. This is the last step Bartelt can take regarding this specific appeal.

Bartelt claims his Miranda rights were not properly followed the day he voluntarily talked with law enforcement about Jessie’s murder.

“According to the police, the judge in the trial, and the appellate court, ruled there was no violation of Miranda rights,” said Buck Blodgett. “So now we will see what the Supreme Court says.”

Although Bartelt is reopening the wound for the Blodgett family, Buck Blodgett said he has faith in the justice system to make the right decision about the appeal. “I have zero complaints with anything,” he said.  “The Justice Department has been great every step of the way. My only complaint is with Dan and his choice to waste resources that could be better used elsewhere.”

If the appeal is denied, that is not the end of Bartelt trying to get released from prison. “If the Supreme Court does not rule in his favor, he can start over and appeal a different point,” said Buck Blodgett. “Dan has done enough destruction and damage. He ruined and ended one life, but he doesn’t get to do that with mine.”

Buck Blodgett will not attend the appeal, but he has said numerous times, he is still open to connecting with Bartelt if he ever reaches out – given he genuinely admits and apologizes for what he did.

Based on the appeal process Bartelt is pursuing, Buck Blodgett may never see that day but he still speaks of forgiveness of his daughter’s killer.

“What he is doing is extraordinarily hurtful to people and it makes me upset sometimes, but I still forgive him,” he said.  “And I’m going to practice that forgiveness every day because forgiveness and love aren’t feelings, they’re commitments. And I’m committed to forgiving Dan.”