July 31, 2021 – Hartford, WI – On today’s date at 11:22am the Washington County Sheriff’s Office was notified of a plane crash in a cornfield west of Cty Tk U south of Arthur Road in the Town of Hartford.

This area is directly west of the Hartford Municipal Airport which is located at 4200 Cty Tk U.

Sheriff’s Deputies were dispatched to the scene along with Officers from the Hartford Police Department and personnel from Hartford Fire & Rescue.

The male subject was transported from the scene via ambulance to AMC Hartford and then transported via Flight for Life to Froedtert Hospital in Wauwatosa.

The female subject was extricated from the plane and taken to the Life Net hanger at the airport and then to AMC Summit by the Life Net helicopter.

This is an active investigation and the FAA Milwaukee Office is currently on scene. At this time there is no update in regards to the status of the plane occupants. No further information is being released at this time. 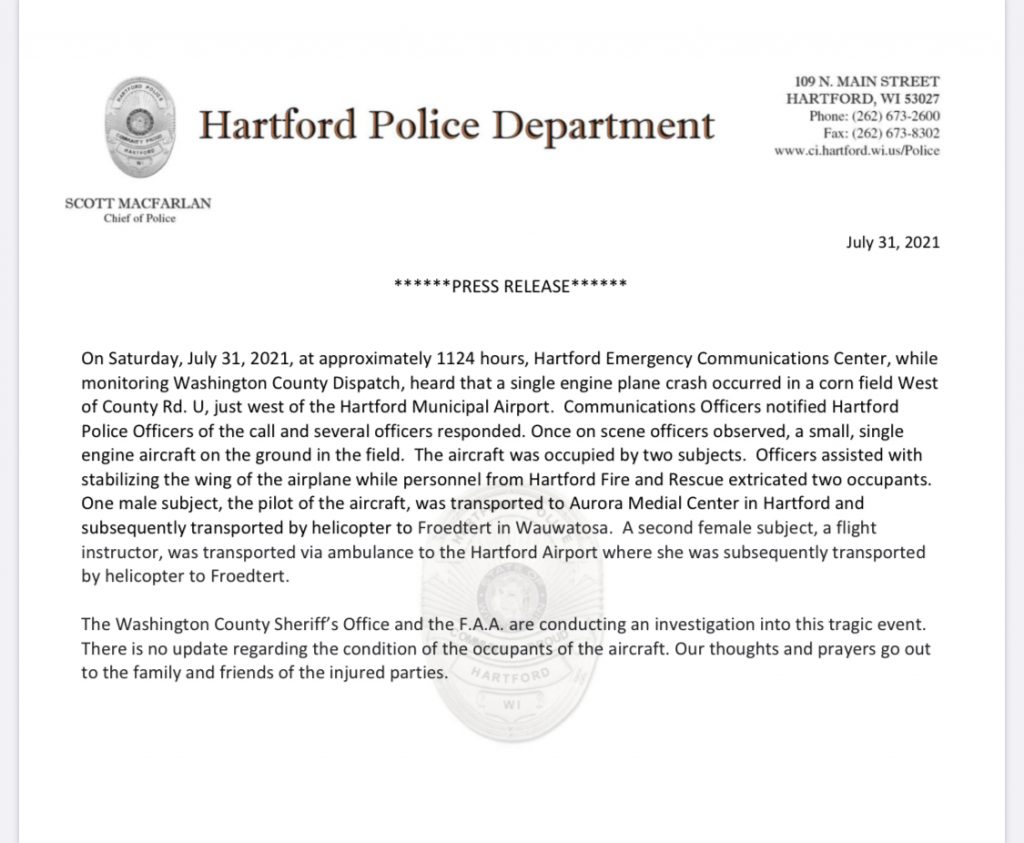