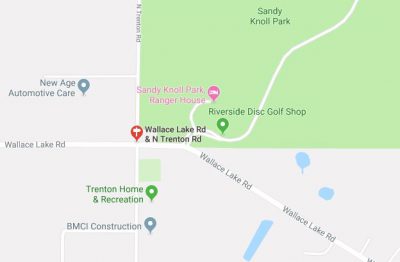 Nov. 20, 2018 – Town of Trenton, WI – A 24-year-old Slinger man may have spent nearly six hours in his vehicle overnight after veering off the road and crashing into a tree.

He said a vehicle driven by the Slinger man was eastbound on Wallace Lake Road near Trenton Road when the vehicle went into the ditch, hit a tree, flipped over and landed on its wheels.

Flight for Life as called to the scene but was cancelled.

Washington County Sheriff responded and the man was taken via Newburg Rescue to Froedtert Hospital in Milwaukee.

The extent of the man’s injuries is not being released. Lt. Herman said the driver was cited for not wearing a seatbelt and inattentive driving.