September 30, 2019 – West Bend, WI – Kyle Knoeck, the son of Tom and Sheryl Brugger of West Bend, was awarded Police Officer of the Year for the City of Stoughton. 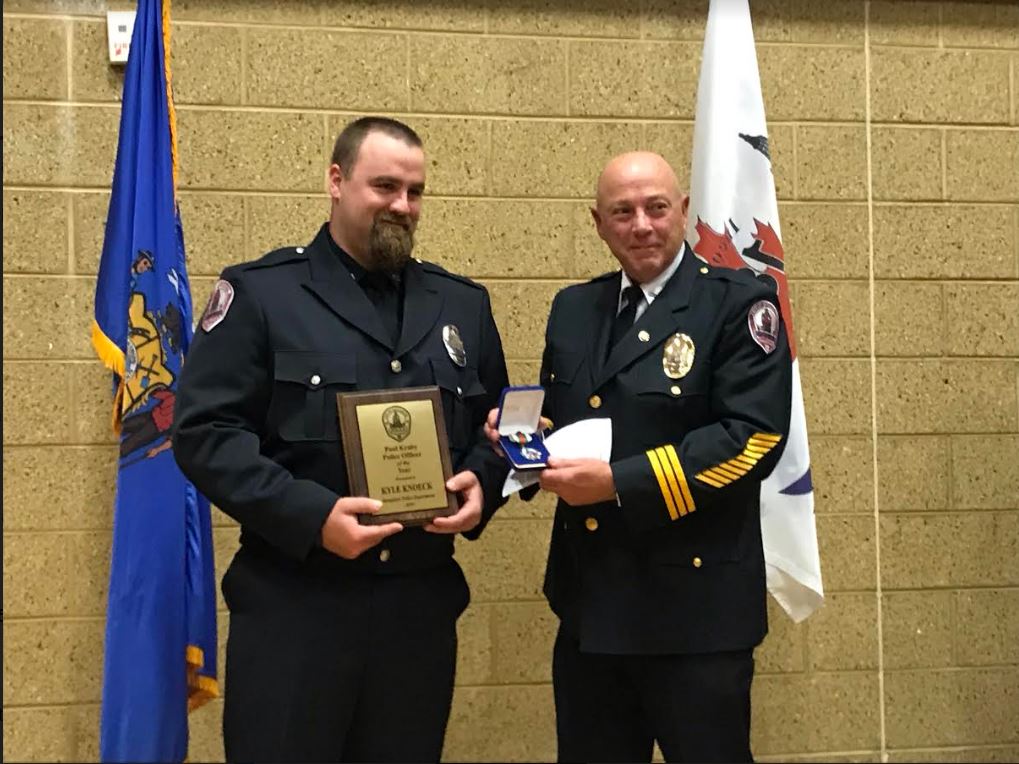 Knoeck is a 2007 West Bend West graduate; he received his Bachelors Degree from the University of Wisconsin Oshkosh with a major in criminal justice.

Knoeck credits his mom, Sheryl, for much of his success. Knoeck’s father died when he was very young, and his widowed mother did an amazing job raising him and his two brothers.
She had strong faith, love, and commitment in giving them the best childhood possible and preparing them for adulthood .