March 4, 2019 – Washington Co., WI –  In July of 2017 girls’ hockey at Washington County was nothing more than a dream.  Permission was given for a pilot program to see if families in the area had interest in girls’ hockey.  A clinic was created that consisted of four one-hour learn-to-skate/learn-to-play sessions for girls. 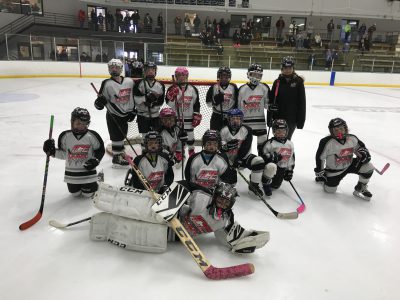 Numbers were need to make the dream a reality.  Thirty-six girls learned to skate with Little Lynx that fall.  Most of them were hooked and wanted to continue.

Girls’ intro to hockey was started for the younger girls and eight older girls started a developmental season learning the game.  This year, the team grew into one 10u team and two 8u teams.

The 10u team is a competitive team that was facing a season of playing other well-established, experienced teams.  In the pre-season parent meeting, it was discussed and understood that since all the girls, except one, were new to hockey that they may not be very competitive this first season.  It was unknown how long it would like the team to mesh and win their first game. The focus of this year would be on developing the girls and teaching them the fundamentals of hockey and skating.

That first win came in their first weekend of games.  The team developed very quickly under the tutelage of Head Coach Meagan Sudik.  The girls went on to place third at the Onalaska Girls’ 10u tournament and were headed to the 10u B girls’ state tournament. 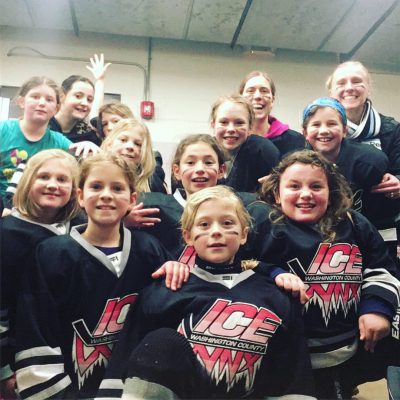 Only the top eight teams in the state for each division go to the state tournament in WAHA hockey.  Game 1, the girls came out hard against the Chippewa Valley Chill, winning the first face off and getting a shot of goal.  The nerves of the grand stage of state then seemed to get the better of the Ice Lynx as they gave up 3 goals in the next four minutes of the first period.

The Ice Lynx coaches were able to refocus the team and no more goals were scored by the Chill for the remainder of the game.  Unfortunately, the Ice Lynx offense was only able to score one answering goal of their own in the third period making the final score of the game 1-3.

Game two of the weekend the Ice Lynx faced the Sauk Prairie-Sauk Monkeys.  The Ice Lynx went on to beat the Sauk Monkeys 5-1, sending the girls into the consolation championship game.  The girls were excited and fired up. They played the Superior girls for their third and final game. 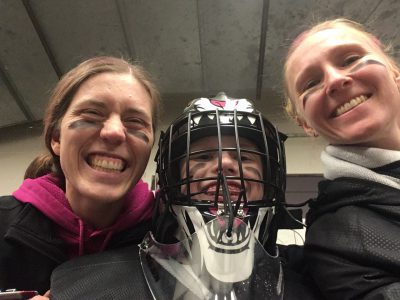 The girls’ played their hearts out, but in the end came up just short with a 2-4 defeat, taking 6th place in the state tournament.

The Ice Lynx girls may not have taken home a trophy but placing 6th in the state tournament their inaugural year is still an astonishing feat for a group of girls who just learned how to skate the year before.  The drive and determination of the girls has seen them make history at the Washington County Youth Hockey Association.  They are the first all-girls team the association has ever had, they brought home the first girls win, the first girls’ tournament trophy, beat their first coed team, and made their first appearance at state… All in the first season.  Skaters, coaches, and parents are very proud of this years’ achievements, but are hungry for more next year.

The Little Lynx clinic that got these girls started is running this weekend, and due to its success, a boys’ version called Little Ice has also been added.

If your little one is interested in finding a sport that is about more than just a game, bring them out.

All gear is included.  Information can be found at www.wcyha.org .