Home  »  Uncategorized   »   A love story in Barton – Game on as St. Mary’s wraps up its basketball season 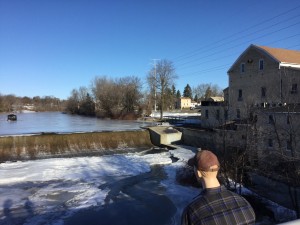 The week after Valentines passed quickly. Hank and Essie saw little of each other as the routine of work and family got in the way of life.

“She ain’t here if you’re lookin’ for Essie,” said Deb. She spoke with a bobby pin clinched between her teeth as she had two hands fixed on a wood ladder.

Jeff was standing up top, trying to twist an eye screw into a wood beam in the ceiling. The couple were working to hang a rope swing in the front window. “It’s our next display for spring,” said Deb, as she let go the ladder and pulled back her hair and tucked it in tight with the pin.

The day-time temperatures had climbed into the 50s and it looked to be an early maple-syrup season in Barton.

Essie’s uncle had a sizable grove of trees on the north side of Park Avenue. For years she helped him haul the buckets and spiles from the barn through the field and into the woods. The spiles were handmade by Jeff several years ago as he drilled a hole through about a dozen 1/2-inch wood dowels. 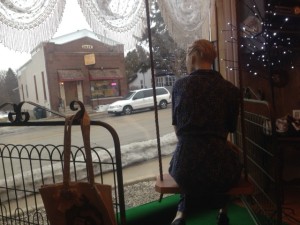 The tree tapping took Essie and her uncle a good part of the day.

By the time she got back town it was well past lunch. Essie knew she had the day off work but figured an excuse to stop at Over the Moon.

Essie had a bottle of grape Nehi she picked up at Otten’s Grocery. She knew Hank had a Lithia bottle opener because she saw him pop a top off a beer that Valentine’s night they stopped at Joker’s 5 Bar & Grill.

She climbed the steps, pulled open the heavy wood door and found nobody around. Essie skated through the sawdust on the floor; she wiped her feet as she entered the gift shop and walked toward the window.

Essie gingerly tested the swing; she figured she might as well try it as Deb mentioned she’d be playing a large part in the display this spring.

Looking out the window an old red Gehl tractor clunked and rocked up Barton Avenue. The farmer bouncing on the seat and driving with his forearm across the wheel gave Essie a waive.

She thought it looked like one of the Reisse boys, but she wasn’t quite sure. The sound of the tractor reminded her of her grandfather’s old New Holland. As she sat and slowly rocked in the swing she reminisced about her summers spent on the farm in Boscobel.

She’d rise at 3 a.m. with her grandma Betty Pauline. They’d throw on dirty black boots from the milking barn and walk through the down the hill, following the speck of light that hug in the haymow. “Come Boss, come Belle,” her grandma would sing.

As they clomped closer to the barn her grandma would add a high-pitched whistle to her cow-calling hum. She’d wrap her lower lip over her teeth, push out her bottom jaw and let go a whistle that would make a dog pray to go deaf.

Essie would try to mimic. “Come Boss, come Belle,” she’d bray. She curled up her lip and the only whisp to come out sounded similar to a bird letting go its final breath as it fell off its perch.

“You keep practicing girl,” laughed Betty P. “You’ll get it.”

Essie sat up from her daze as she watched Mike Sepin across the road at Woodland Iron & Firearms take his dog for a potty break along the grassy side of their building.

Traffic was starting to pick up. It was big Friday night in Barton and the basketball teams at St. Mary’s were playing their final games … forever.

Folks in the community took it hard; the rest of the school year felt like a lingering death. Every event at St. Mary’s School was celebrated as the last. 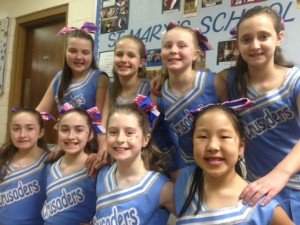 Essie had been a Crusader. Both her parents went to school at St. Mary’s – the nuns provided a solid foundation of values and parochial education.

The Holy Trinity Wildcats were in town tonight. Essie looked at the clock and danced out the door. She promised to take her grandma to the games.

By the time they arrived the din in the gym was somewhere between a jumble of loud and a sustained clamor.

The cheerleaders in the south corner of the gym rallied the crowd. “We’re the Crusaders couldn’t be prouder – if you can’t hear us yell a little louder.”

Ann Graf was sitting in the first few rows, she patted the bleacher and made room for Essie and her grandma. 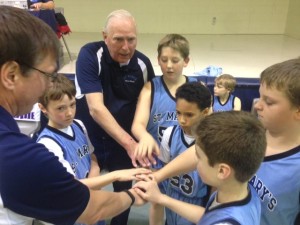 He’d been coaching the boys teams at St. Mary’s the past 42 years.  “When I first started coaching we played at Barton School and later on we got this gym,” said Niemuth.

His team lost that night to Holy Trinity but they ended on a high note as Luke Graf hit a shot at the buzzer. “The kids are handling the end of the season pretty good,” Niemuth said. “I’m a little depressed; I was looking forward to next year already.”

Throughout the rest of the evening at St. Mary’s different groups were called to line up on the gym floor. Former teachers, administrators, and alumni. Each passed the mic, identifying themselves and the part they played in the history of the school. 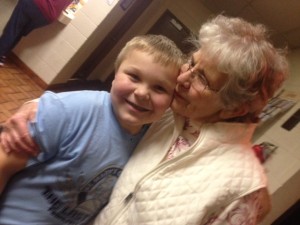 Ann Graf’s family has six generations at St. Mary’s. “My grandma Laura Koenings started in 1885,” she said. “And then my mother Dorothy Lickman and my daughter Cindy Presley and her daughter Nicole Pari and now her daughter is in a 5K program at St. Mary’s.”

Graf walked onto the floor and was recognized for her families longevity with the parish and school.

Applause grew from the bleachers and then people stood, cheering – celebrating the faith and family that was St. Mary’s.

Essie curled her lip and let out a piercing whistle – it was so loud, she even shocked herself.

Hank had been standing in the entryway in the gym. He picked out Essie right away but as he stepped forward he got caught in the tsunami of kids coming off the floor as they made a beeline for their parents or the concession stand.

Hank zigzagged through the crowd. He bumped into Joe and Ann Enright – they were there to watch their grandkids play. Hank looked up again and Essie was walking away,  guiding her grandma to the south exit. 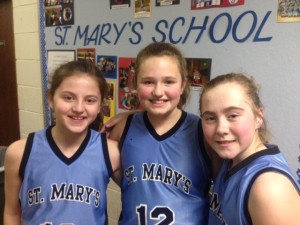 Hank felt like he was swimming up stream. He quickly spun on his heels and did an end around through the hall.

“Good. Good Mr. Niemuth – how are you,” said Hank politely jumping up – trying to see if he could catch a glimpse of Essie.

“Well Hank we’re short a ref tonight – mind taking over the whistle for this next game,” asked Niemuth.

Hank was a little exasperated. Deep down he knew how hard it was to find an official. “This will be an historic game… last one at St. Mary’s,” said Niemuth.

“We’ve got some shoes in here for you and some stripes,” he said leading Hank to a small side office/changing room.

With about five minutes before the next game. Hank laced up the shoes and put on the polyester shirt. It smelled like old sweat. Hank held his breath for a moment – he prayed he’d get past it once the game started.

Hank grabbed a whistle and wiped the mouthpiece on the tail of his smelly shirt.

Hank looked up – it was Essie peeking around the door frame. “Grandma left her hat in the bleachers,” she said. “I gotta run but wanted to say hi.”

The buzzer sounded in the gym. Hank had to go too.

Essie looked at her feet and bit her lip. She felt like whistling for sheer happiness.