The story below talks about our time going to rummage sales and how I borrowed 57 cents for a purchase. He asked for the money back at the end of our day and I kept it…..  hoping the fact I still owed him money would keep him around a while longer.

That worked for about four years right up until July 18, 2019.  Below is my favorite story of our time spent together. 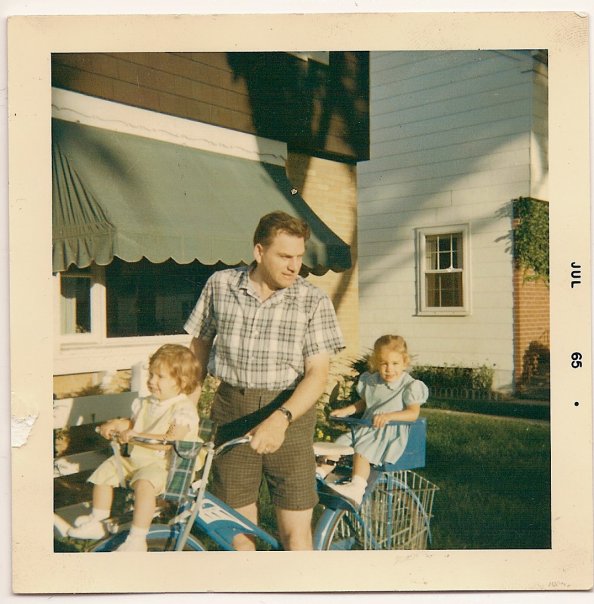 June 2016 –  I’ll let you into my world a bit regarding how Alzheimer’s has affected my family.

My father, Al, is almost 91 years old and suffers Alzheimer’s. He is fit and farm strong and when he’s dressed up people say, “Al looks like he’s ready to start a corporation.”

My dad’s appearance is deceiving as he is in a well-preserved body but often adrift in a cloudy world of memory loss. His day resets every three seconds which means there’s no sense of a current timeline and often there are repetitive questions and limited conversation.

My family is blessed, as my father is a ‘happy Alzheimer’s.’ He’s pleasant, pretty much all the time. He’s easy going, has extremely good manners and I like hanging out with him.

On the bicycle tours I raise money for music and exercise programs at Cedar Community. All the money stays local. I’ve found my father responds well to music and a couple weeks ago I added rummage-sale therapy to my Dr. Steffes list of remedies.

My dad and I always used to go to sales together on Saturday morning. Baseball cards, fishing equipment, tools, bikes – we would be gone an entire morning hunting for bargains.

I found out a couple years ago he still likes it. Matter of fact, when I go pick him up he’s got his shoes and hat on and is normally waiting to go.

This is a good opportunity to reach my dad. He’s never going to be able to step into my era so I’ve got to work to drift back into his. 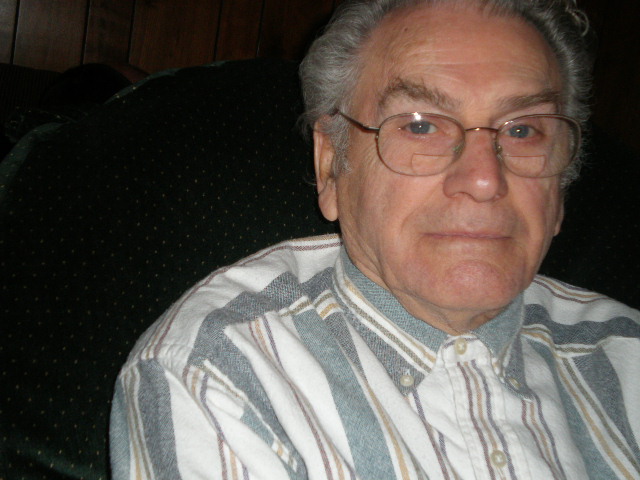 At the sales we gravitate to hardware, tools and farm equipment. “What’s this,” I ask holding up a carpentry thingamajig. “That’s a planer,” he said. My dad was a ‘Mr. Fix It’ in his prime.

“How about that,” I said pointing to something leather and clunky. “It’s a horse collar; you’d put it over the back of the horse’s neck……” And there he goes; it’s more words than we’ve heard in a week.

A couple of things about the disease – my dad doesn’t initiate conversation and when we walk from sale to sale he follows about five paces behind. I’m told that’s normal for someone with Alzheimer’s. It’s a little disconcerting; I glance back to make sure he’s still with me. It’s our two-person parade, minus the waving. I figure, if this is as bad as it is right now – I’m lucky.

At each sale I hear the same comment “high prices.” It’s a hard thing to grasp, this 2016. Maybe my dad is the lucky one – stuck in his era of Happy Days, 15-cent a gallon gas, and when neighbors helped neighbors – because it’s what you did.

Getting out of the car my dad turned to me. The look in his eye is very distant. I ask if he was feeling OK and after somewhat of a pause he said, “You owe me 57 cents.”

I consider it a miracle. That was more than a half hour ago…. from a guy who can’t remember three seconds ago. The rummage-sale therapy is working.

I think I’ll stay on the hook for that 57 cents, at least for a bit. Selfishly, maybe it’ll keep him around a little while longer.

Funeral details for Al Steffes will be posted when information becomes available.  My Dad was 95 years old when he died Thursday evening, July 18, 2019.