October 28, 2020 – Washington Co., WI – Terry Lyons of the Town of Barton is not a happy camper. Lyons contacted WashingtonCountyInsider.com about the status of his absentee ballot. His story is below. 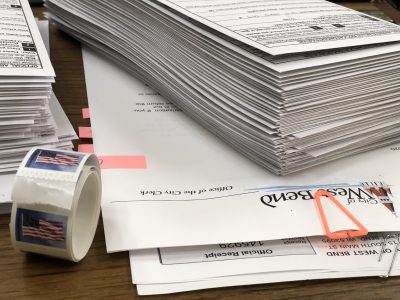 “My absentee story: I am going to be away for the election, so I ordered an absentee ballot on 10/9/20. Sherry Eckert, Town of Barton Clerk, who is a longtime friend, mailed the ballot to me on 10/12. Well here it is 11 days for the USPS to deliver, but no ballot. So I went and did in-person absentee voting and cancelled the absentee ballot. This tells me that the post office worries are valid.

Sherry was extremely surprised. Asked me to let her know if it ever shows up. I feel I do not trust the USPS for voting issues. They sure can get a pile of junk mail to me everyday yet can’t get a ballot across town! Do not vote by mail. Go to in-person absentee voting if need be. There are no crowds.

If they have ordered a ballot, it can be cancelled when going in for absentee voting.

And yes, it makes me angry!  Signed Terry Lyons” 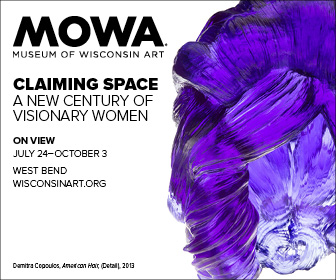 Sherry Eckert is the clerk in the Town of Barton. She said she is familiar with Lyons

“I don’t have a lot of people who have called me saying they have not received a ballot,” she said.

“Eleven days is excessive. I usually try to find out and I look at myvote.wi.gov to see if there was a mistake in the address. A lot of time they are entering the address so it could be a small error in anything.”

Eckert’s advice on dropping a ballot in the mail is to monitor it closely.

“They should closely monitor the myvote.wi.gov website and it would show when the ballot is mailed. I would give it 10 days and then call the clerk,” she said.

“They can also come in to vote. I had one person where I issued the ballot, he didn’t receive it and I welcomed him to come in and vote. We spoiled his ballot, he didn’t have one to turn over but people should vote in person if they’re concerned.”

Lyons contacted WashingtonCountyInsider.com on Tuesday night and said his ballot still had not arrived and that would make it 16 days since the request was submitted.

Dean Krueger is postmaster at the US Post Office in West Bend.

He said the ballot requests are sent down to Milwaukee for processing. “We do not hold anything in the local Post Offices because they want to be sure they’re processed to the right address, there’s tracking information built into the barcode on that ballot and that will show when that piece is processed with the date and time and then it comes back usually within the next day or two to be delivered,” said Krueger.

Questioned whether he could explain the 11, now 16 days without receiving a requested ballot. “That seems extremely excessive and I don’t know,” he said.

“We want the requests sooner than later so everything can be processed. Without having seen that piece or knowing the address I can’t give you an exact reason for the delay.”

Lyons asked who is being held accountable?

“The actual tracking of the individual ballots is not something the USPS is capable of monitoring. I can tell you the steps we take locally is we sweep our buildings in the morning, mid-day and night to make sure nothing is left in the building. We do surveys and that goes to the district to show the sweeps are being done.

“If we have ballots that come to our office that are not for our office we send them via express mail to the intended office to ensure they get there. We had an Allenton ballot and I personally drove it to the Allenton polling station so it got there.

“We deliver in a timely manner right up until the election,” said Krueger.

Lyons advised people “go in person if you want your vote counted.” 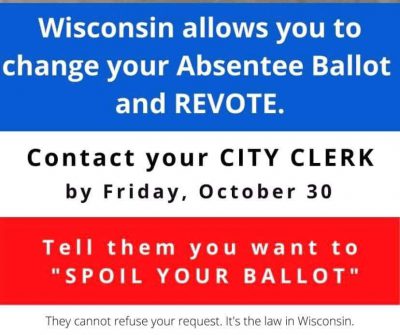 Click HERE to find the dates and times for in-person absentee voting in Washington County.