Sept. 16, 2019 – West Bend, WI – Watch for a change in signage outside ALDI, 1114 S. Main Street, of West Bend. The local grocery is going through an expansion on the west side of the store. 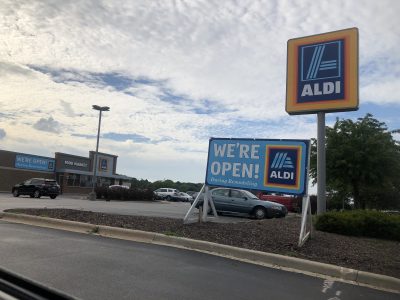 More warehouse storage space is being added. There is also some interior refrigeration work currently underway. The store was expected to close temporarily in September, around Labor Day, however that has been pushed back to September 18. The closure is expected to last up to 30 days.

ALDI Corporation, which has 2.5 acres, acquired 2.47 acres of land from the adjacent owner (King Pin) for expansion. 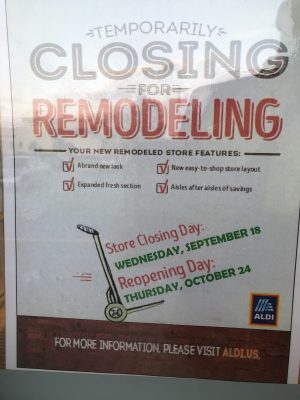 The site plan is for a 2,440 square-foot commercial building addition located on the west side of the building with minor architectural building alterations proposed to the remaining building. 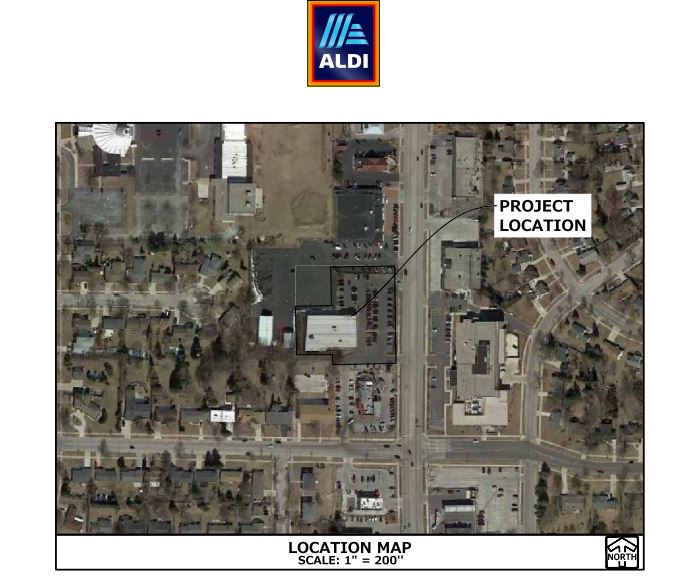 As a part of the site plan, the two existing storage buildings and the existing pavement within this area will be demolished to accommodate the expansion of the building. 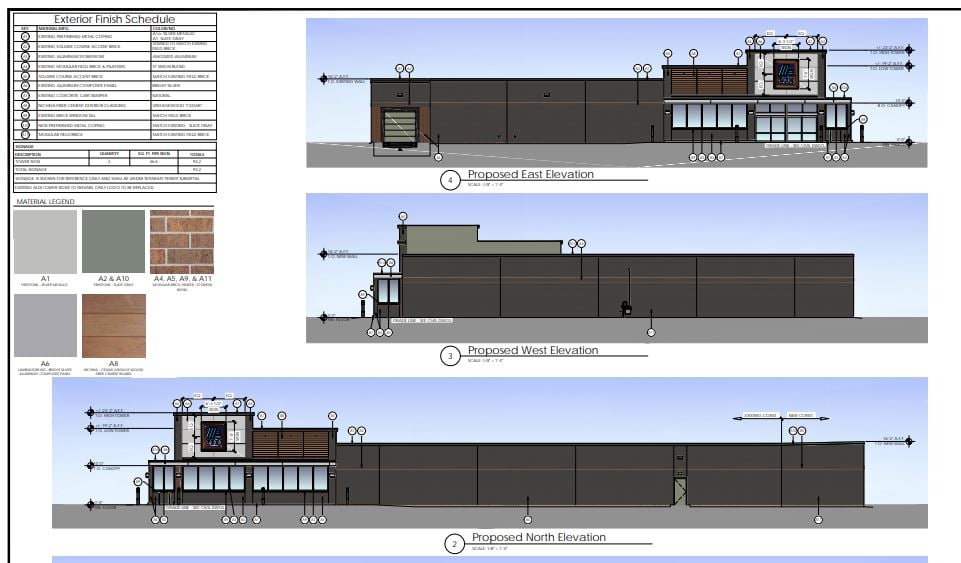  The parking lot will be not be altered.

 The area to be acquired from King Pin contains pavement and parking area that was originally used for the bowling alley use. The pavement will be removed and curbing will be installed. As a park of the site plan, the parking lot striping will be redone on the King Pin site to redefine the drive aisle and parking stalls in the area that is being altered by the land acquisition.

 The existing retaining wall will be modified to accommodate the new building addition.

 The building materials for the building addition will match and be consistent with the existing “St. Simon Blend” brick veneer. The existing building will receive the following upgrades:

o A tan accent band color changing to a slate gray color, at the entrance area above the windows.

o The building materials will change from an aluminum composite panel to a “Cedar (vintage wood)” looking fiber cement board.

o The “Food Market” signage on the east and north sides of the building will be removed and new “Aldi” signs will be replaced. 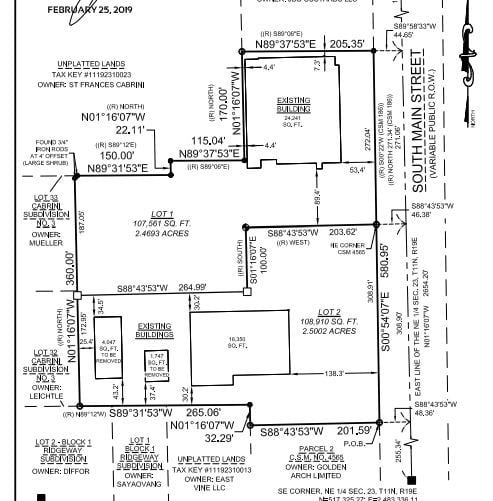 Early plans indicate ALDI will spend “more than $37 million dedicated to enhancing stores in the Milwaukee-area.”