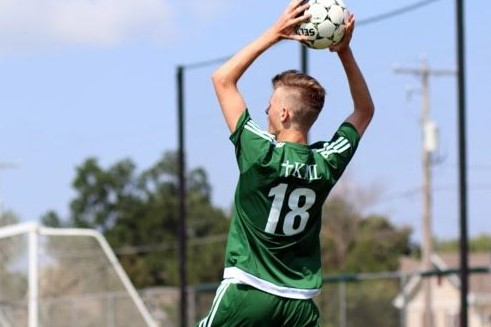 The Chargers were the first on the scoreboard, when Joshua Pahmeier, Ethan Duba, and Joseph Raasch combined in the 42nd minute. Pahmeier sent a pass to Duba, who placed a perfectly weighted ball into the path of a sprinting Raasch, who buried the finish.

The visitors kept the pressure on for much of the second half, firing several near-misses on goal and getting two Collin Liesner goals called back for offside.

KML maintained its lead until the 73rd minute, but Hartford leveled the score with a rapid counter-attack, which resulted in Mitch Strobel’s equalizer.

Both teams had chances to grab a victory in the dying minutes, but the match finished all square at 1-1.

KML’s next contest is a home match with Grafton on Thursday night, while Hartford takes on DeForest at home.