Jan. 11, 2019 – West Bend, WI –  “I wanted to join the Peace Corps ever since it was started, but I had a bunch of kids and it was just wasn’t my time. When my youngest was settled and all the kids were on their own, it was time,” Joan Hoff says. 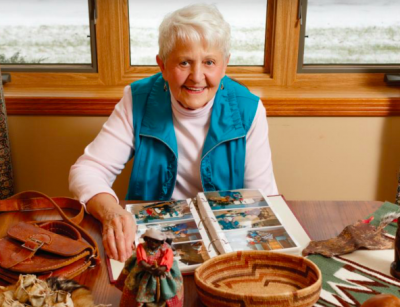 The process of applying and being accepted by the Peace Corps took her a year and a half to complete. The application process is very involved and includes a medical screening. “Because of my voice tremor, they thought I had Parkinson’s, which I did not. It was an extensive medical evaluation,” says Joan.

A background check and follow up with recommendations was next in the approval process. After clearing the application process, her first assignment was supposed to be in the former Soviet Union (USSR), but it was cancelled when the USSR collapsed.

Shortly after her first assignment was canceled, she received a call with an assignment to Botswana.

Click HERE for the rest of the story from Cedar Community’s Winter 2019, Live More Magazine.