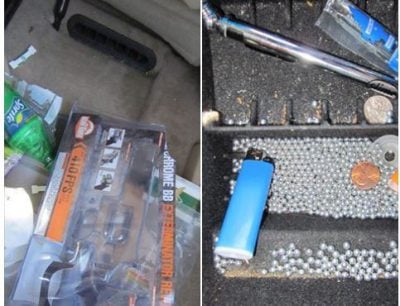 April 10, 2018 – Hartford, WI – Between December 19, 2017, and January 10, 2018, 42 separate incidents of residents having car windows shot out by a BB gun were reported to the Hartford Police Department. After extensive investigation, we can now report that we have been able to charge two individuals in 17 of these offenses.

After multiple incidents had been reported over a several-day period, saturation patrol was utilized in the areas where damage was occurring. On December 28, 2018, at approximately 1:45 a.m., an officer stopped a vehicle for failure to observe a stop sign at the intersection of E. Loos St. and Branch St. and excessive speed. The occupants of the vehicle were identified at that time.

The neighborhood in the area of the damage was canvased and it was determined that a home owner in the area of Cedar St. and E. Loos St. had a private security system with a video camera that had recorded traffic on Cedar St. on the morning of December 28. Upon reviewing the footage, investigators observed a vehicle which appeared to be the vehicle our officers had stopped earlier that night. The vehicle was recorded traveling back and forth on Cedar St. four separate times between 2:13 a.m. and 2:22 a.m. The following morning multiple reports of additional windows being shot out in that area were reported.

Investigators also contacted the Hartford Walmart and inquired about any recent purchases of BB’s at their store. Upon checking their records, they determined that they had sold a container of 2400 BB’s at approximately 2:03 a.m. on December 19, 2017. Our officers reviewed the security camera footage and were able to isolate the specific transaction where the BB’s were purchased.

Officers recognized the two subjects making the purchase from previous contacts. Additionally, confirmation was obtained when one of the subjects returned to the checkout line shortly afterwards and purchased cigarettes. When the subject was carded for that purchase they provided the clerk with the same birthdate of the individual the officers believed was in the video buying the BB’s. Further review of the footage also determined that these subjects had actually been shoplifting from the store prior to checking out. They were issued citations for that unrelated offense as well.

It should be noted that the first of the complaints of car windows being damaged by BB’s was reported later on December 19, 2017, and that these individuals were also occupants of the vehicle stopped on December 28.

On January 2, 2018, at approximately 11 a.m., Officer Dorn and K-9 Officer Cash performed a random drug sniff on cars parked on E. Monroe Ave. in the area of the Hartford Union High School. During those activities Cash indicated on the vehicle that had been stopped on December 28. The vehicle was subsequently searched and items of drug paraphernalia were located in the vehicle. Citations were issued for that violation.

Also located inside the vehicle was the empty packaging for a revolver style BB Pistol, multiple CO2 cartridges, and what our detectives described as “too many BB’s to count” strewn throughout the vehicle. The owner of the vehicle was also interviewed that day, but refused to cooperate with our investigation. The subject denied any involvement in these incidents, and claimed that after being stopped on December 28th they had gone to Kwik Trip for cigarettes and then gone straight home. However, these statements were ultimately disproven upon examination of the Kwik Trip video from that evening. It was determined that neither subject had come into the store after the traffic stop.

On April 5, 2018, after additional investigative tasks had been completed, Mr. Joshua Kahn, a 19-year-old Town of Erin man, was taken into custody regarding these matters. Mr. Kahn was confronted with the findings of this investigation and could offer no explanation for the evidence that had been obtained but continued to deny any involvement in these incidents. Mr. Kahn was informed that he would be receiving multiple citations relating to these offenses and he was released to await a future court date. Officers did note that upon his release, Mr. Kahn went directly to the home of Mr. Ethan Casey, a 19-year-old Hartford man, the other suspect in these incidents. Officers had previously attempted to make contact at the residence, but Mr. Casey had not come to the door.

Later that evening, Mr. Casey did come to the police department to speak with our detectives. Mr. Casey also refused to cooperate with this investigation. Mr. Casey was advised he would be receiving multiple citations for his involvement in these matters, and he was released to await a future court date.

As a result of this investigation each suspect has been issued 17 separate citations for the incidents occurring on the nights of December 19 and December 28. They are currently facing an estimated combined total of $20,278.00 in fines and restitution.

It should be noted that all suspects enjoy the presumption of innocence, and all charges must be proven in court.

Anyone with further information regarding the involvement of these or any other individuals in the remaining offenses is encouraged to contact our department at (262)673-2600. 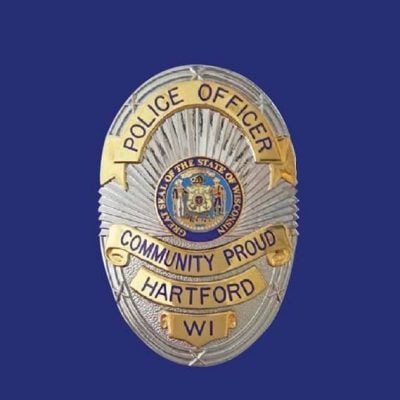 Unfortunately, the damage to the windows of parked cars with a BB/pellet gun continues. We want to share two things at this time:

1.) If you have any information regarding the person or persons responsible for these incidents please contact the Washington County Law Enforcement Tip Line at 1-800-232-0594, or contact us directly at (262)673-2600.

2.) We will be recommending a cash reward to citizens who provide information that leads to the arrest and conviction for these incidents. At the same time, all informants remain anonymous even when being paid.

The Hartford Police Department continues to take complaints of vandalism to vehicle and house windows.

UPDATE: Neighbors who have chimed in on social media say their property has been damaged on Cedar Street, Summit, south of Hwy 60, north of Monroe Avenue and west of Main Street.