April 4, 2017 – West Bend, WI – West Bend Mayor Kraig Sadownikow said, “This is the four-letter word I hoped to never say up here” as the city attorney and Common Council moved forward to amend a section of the municipal on the regulation of nude dancing.

According to the city attorney, after reviewing the zoning code it was found the city of West Bend does not have any section specifically addressing nude dancing. “We address adult book stores but not nude dancing,” said attorney Ian Prust. “The safest way is to address through the liquor license.”

The amended ordinance was adopted unanimously. 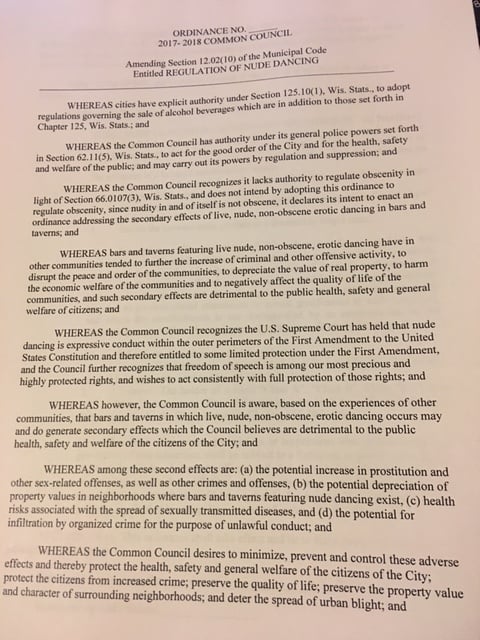 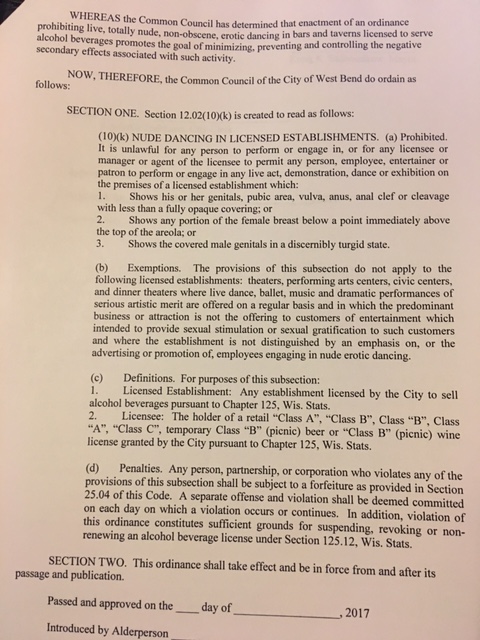