July 19, 2019 – West Bend, WI – In April 2019, WashingtonCountyInsider.com posted a story about a locally-owned company in Barton being awarded the bid to install new heating and air conditioning at the downtown West Bend Theatre, 125 N. Main Street.

Albiero Plumbing and HVAC will be adding some aerial flare to its effort as it uses a helicopter to deliver the new units to the rooftop of the downtown theatre. 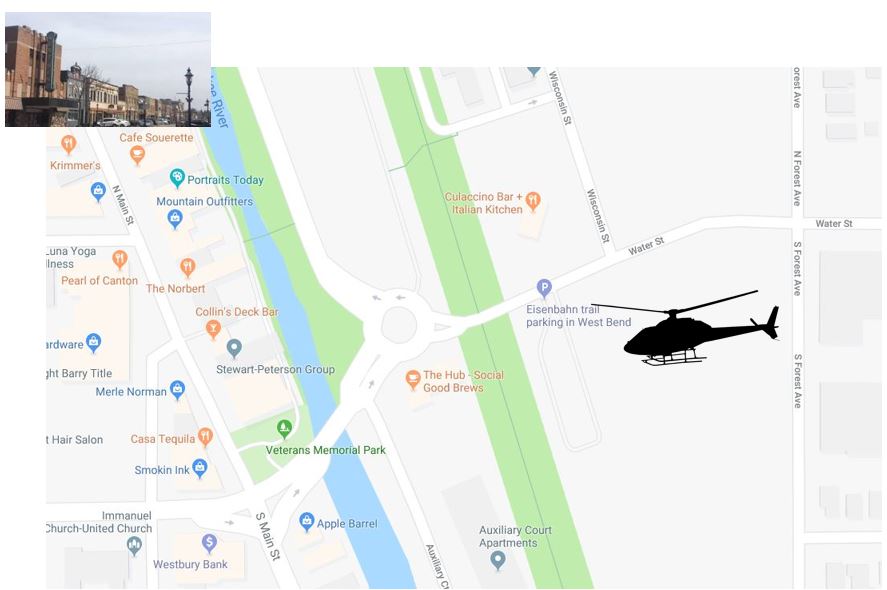 This week the date for that delivery has been set. A helicopter lift/placement will take place Thursday, July 25 from 7:30 a.m. – 9 a.m.

Right now the exact date for instillation is still in flux.